Plans have been revised but opposition remains to a proposed new commercial development on Dougall Ave. in Windsor.

The city's Planning Advisory Committee has approved a new building between Norfolk St. and Nottingham St.

The proposed project was brought forward by Millennium Trade & Investment Group with hopes of building a medical centre with an attached restaurant. 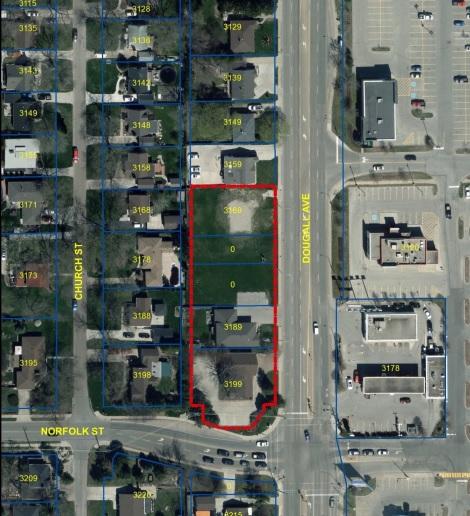 Photo courtesy of City of Windsor

The proposal is a revised application after the original application was rejected last year by city council.

The first application called for a three storey building and  did not have a limit on the size of the restaurant.

The new plans call for two storey's and a smaller restaurant.

Skipper feels the proposed site is not the right location for a medical centre. "The lot lines are too close. She {my mother-in-law} has a swimming pool, they're going to look down from the building and I don't think we want to go swimming in our bikinis when they're going to watch us."

Skipper also noted issues for home owners on Church St. that already back onto commercial developments on Dougall Ave. "They've had complaints of rats galore from those restaurants and if you talk to everybody that's got a restaurant on Dougall, and they live behind it, they have trouble with varmints and rats and everything. I really don't want rats in my mother in law's backyard," says Skipper.