A member of Windsor City Council is pleased to see new developments along Huron Church Road.

Ward 2's Fabio Costante calls it a "sign of growth" not only along the Huron Church Road corridor but across the city.

"These are plots of land that have either been vacant for a long time or buildings that were vacant, commercial store fronts that were vacant," he says. "To see them being activated, revitalized and this development happen is certainly great news."

There is currently an Esso gas bar and an Arby's restaurant being built along Huron Church Road, near the intersection with Industrial Drive and Northwood Street. There's also the addition of a Giant Tiger retail store at the corner of Huron Church Road and Tecumseh Road West. 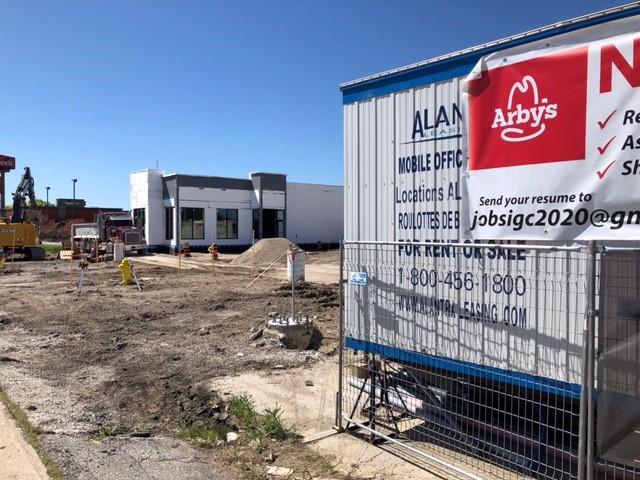 Construction is underway on a new Esso gas bar and Arby's restaurant on Huron Church Road, near the intersection with Industrial Drive and Northwood Street in Windsor. May 17, 2022 (Photo by Rob Hindi)

Costante says Huron Church Road is going to be a completely different road a few years from now.

"Once the Gordie Howe International Bridge is built and a good percentage of our trucks are diverted to the Herb Gray Parkway and the Gordie Howe Bridge, Huron Church Road, in my view, is going to be a bustling commercial corridor," he says. "We're still going to be a connecting highway and a route to the United States, but it's also going to be more pedestrian friendly, more neighbourhood friendly. I think it's going to be a great commercial zone on the west side and in our city."

The new Giant Tiger is expected to open in October 2022.