The Windsor Police Service has released more photos of a woman wanted in connection to a robbery at a convenience store.

The incident took place at around 9:15pm on October 15 in the 1400-block of Ouellette Ave.

Police say the female suspect entered the store with a knife and fled quantity of cash — the store clerk suffered non-life threatening injuries.

The suspect, who is considered armed and dangerous, was last seen heading north on Ouellette Ave on foot.

She's described as 25 to 39-years-old standing 5'7" weighing 160lbs. with a medium build and brown/reddish hair.

Anyone with information is urged to contact city police or Crime Stoppers. 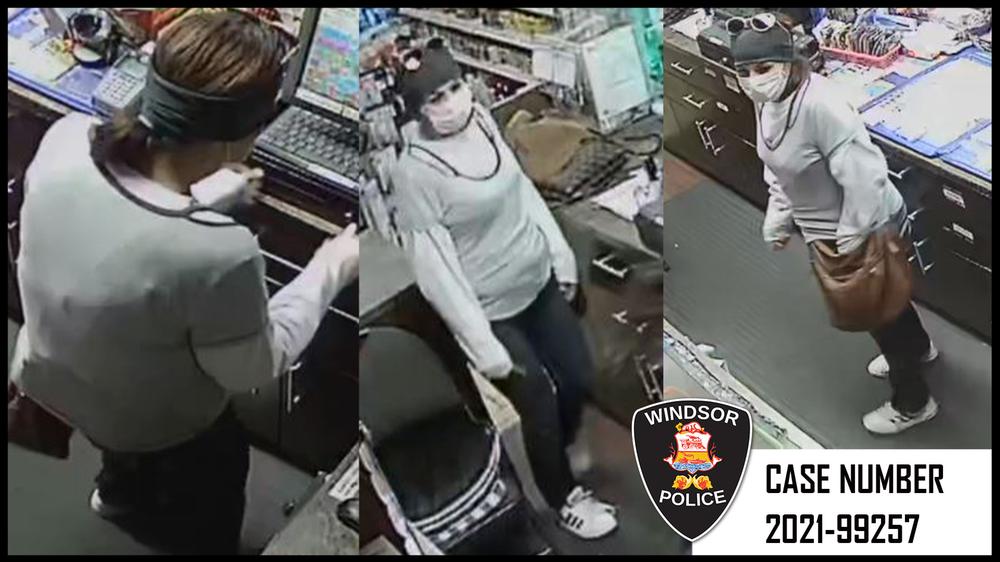 The suspect in a convenience store robbery in the 1400-block of Ouellette Ave on October 15, 2021 (Photo courtesy of the Windsor Police Service)