Rosalie Trombley -- the girl with the golden ear who launched the careers of many rock bands as music director of CKLW The Big 8 -- has died.

The pioneer in Canadian radio broadcasting passed peacefully Tuesday at the age of 82.

Trombley began as a switchboard operator at the 50,000-watt radio station, but quickly made a name for herself with her talent for discovering hit songs.

She's credited with launching the careers of The Guess Who, Gordon Lightfoot, Paul Anka, Bachman-Turner Overdrive, Bob Seger, Alice Cooper and many more.

"Mom really, beyond the obvious melody and chorus, she really had this intuitive ability to connect with the lyrics with a lot of the records she picked as hits," he says.

Tim Trombley thinks it's hard to limit it one hit song she was most proud of helping to select.

"She felt a tremendous connection with Bob Seger, immortalized with the song Rosalie from his Back in '72 album," he says. "But I'd be remised if I didn't mention The Guess Who and These Eyes, the whole Elton John and the Benny and the Jets story." 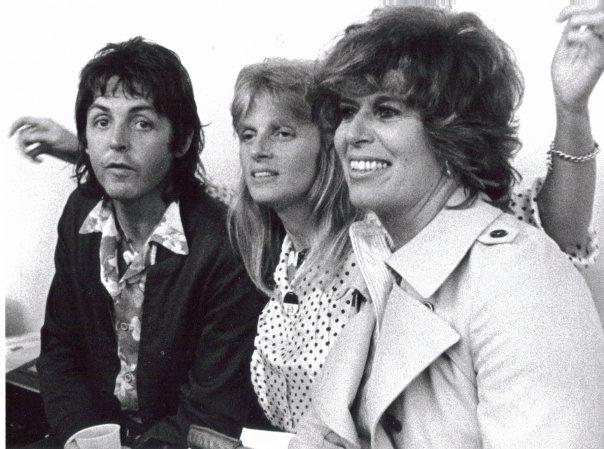 Rosalie Trombley with Paul and Linda McCartney (AM800 file photo)

Based in Windsor, Ontario, CKLW The Big 8 was programmed for the Detroit, Michigan, market and the station's big signal reached across North America.

Tim Trombley says that during the golden era of The Big 8, there were no women of any power or influence on the broadcasting or record label side.

"She really, truly was a pioneer and a role model for a number of women to stake out their own careers in broadcasting and on the label side," he says.

Trombley was honoured with the Walt Grealis Special Achievement Award at the 45th JUNO Awards in 2016 becoming the first woman to receive the honour.

The annual "Rosalie Award" is presented in her name to women trailblazers in radio during Canadian Music Week.

"Mom possessed an innate sense for music and could hear a hit from a mile away," says Tim. "But more than that, she had the ability to connect with music from a multitude of artists across many genres.  Although we are heartbroken, we are comforted by the fact that her legacy and her influence will live on."

A private service will be held for family and close friends.