Construction of regional hospital expected to be completed in 2031

The president and CEO of Windsor Regional Hospital wishes construction was starting now on the new Windsor-Essex Acute Care Hospital.

But David Musyj calls it "pretty exciting" that this project is now "baked" in the Ontario Budget, meaning there is now dates assigned to the $2-billion project.

The hospital project was included in Infrastructure Ontario’s May 2022 Market Update announced Tuesday, indicating the tendering process will start in early 2025 and construction is scheduled to begin in the spring of 2027.

Musyj says this is not a warehouse or a strip mall being built and they have a lot of work to do between now and 2025.

"This is a very complicated project that's going to take some time," he says. "To get the dates we got, it gives us that time to do this properly and we're going to continue to consult with the community like we've done from the start."

This latest announcement follows an over $9-million funding announcement in October 2021 by Ontario Premier Doug Ford to allow Windsor Regional Hospital to move forward with Stage 2 planning for the new site.

Musyj is praising the Ford government for committing funding for the project.

"They promised something in the middle of a pandemic, in August of 2020, and it is May of 2022. We have dates for a project with a shovel in the ground, that's pretty darn good. So I have to give credit where credit is due," he says.

In December 2017, the previous provincial government under Premier Kathleen Wynne announced Windsor Regional Hospital could move to Stage 2 of the planning process.

Musyj says in 2017 they had a party in the lobby of the Ouellette Campus when it was announced they were moving to Stage 2, but they never received funding from the government.

"This current government promised the funding, delivered the funding and now has delivered dates for the construction," he says. "So darn tootin', we're going to be building a hospital. COVID, if one thing has shown us is that we desperately need this hospital." 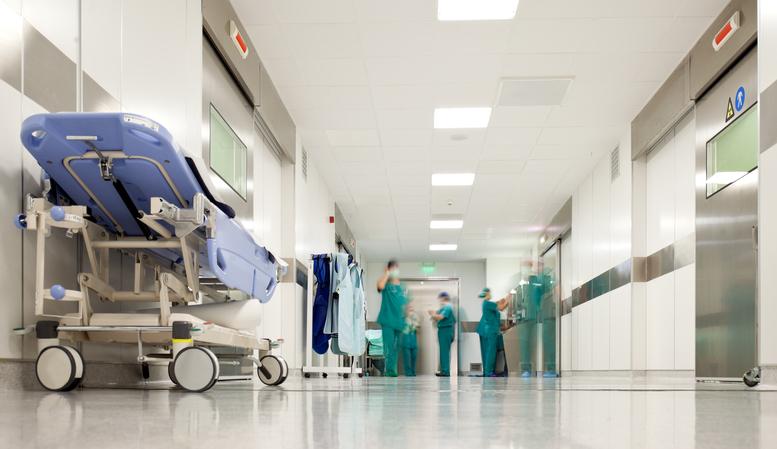 Officials are now in the process of preparing a Request For Proposals (RFP) to hire an an architect to design the hospital, a process they hope to have completed by July.

In the next few months, a team of architects and engineers will use the Functional Program to create block schematic plans for the building. The project team is on track to have this part of the planning ready to submit to the Ministry of Health, along with a revised cost estimate, by early 2023.

Construction of the $2-billion hospital at County Road 42 and the 9th Concession is expected to take four years, putting the competition date in 2031.