The team released a statement Tuesday, one day after he was implicated in the Houston Astros' cheating investigation, saying "it would not be possible for Alex to effectively lead the club going forward."

Cora was a member of the Astros' 2017 World Series-winning team that was investigated by Major League Baseball (MLB) for sign-stealing.

The investigation led to the suspensions, and subsequent firings, of Astros GM Jeff Luhnow and manager AJ Hich. 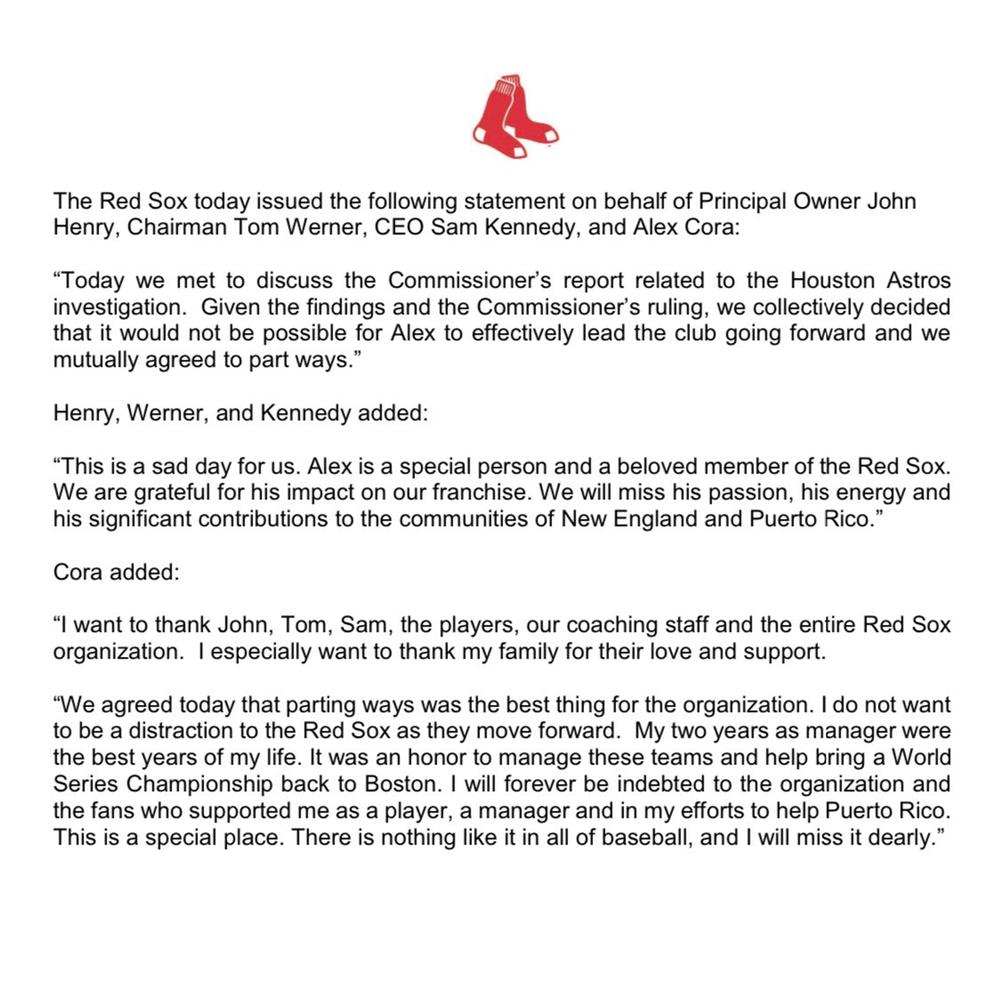 — with files from TSN