Dilkens says it was a human error but would not say who is to blame.

Dilkens says he wasn't happy about the mistake and administration knows that.

"It shouldn't have happened and I get it's an expensive fix," he says. "They have to fabricate new letters to say branch, they have to move the other letters to centre them and then fix the anchoring on the wall so it's not inexpensive, I appreciate that.  It shouldn't of happened, it did happen and I think moving forward it would be very unlikely that something like this would happen again."

Crews were at the library on Wednesday removing the incorrect sign. 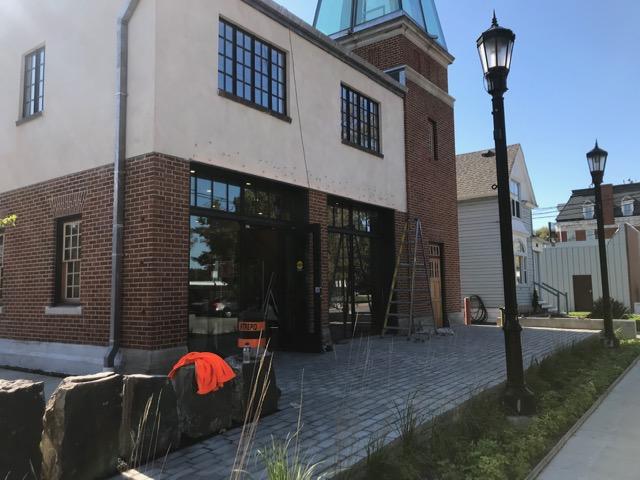 Dilkens understands it's a lot of money.

"In the private sector, you may have a head that would roll for something like this but in the public sector, we identify the issue, administration course corrected to fix the problem," he says. "They've done it within the budget of the project, so they're not putting the project over budget.  It should never of happened and I expect based on the conversations we've had internally, it will never happened again."

The $5.5-million library is located at 363 Mill St. in a former fire hall and stable.

It opened in early September but a grand opening celebration was held on September 28th.