So far, so good for the Downtown Windsor Farmers Market.

The market opened for the season last month, a month earlier than previous years.

General manager Steve Green says market did not notice any differences opening on April 2, compared to opening in May.

"Right from the very first day that we opened, our attendance has been fantastic even though the weather was a little cooler than we thought it might be in April, the crowds down there have been fantastic," says Green.

He says the market is expecting a strong season.

"We are really just seeing a normal market opening," he says.  "So just liked we would have opened in May, we opened in April and everything has showed us that the community was ready for us to open downtown." 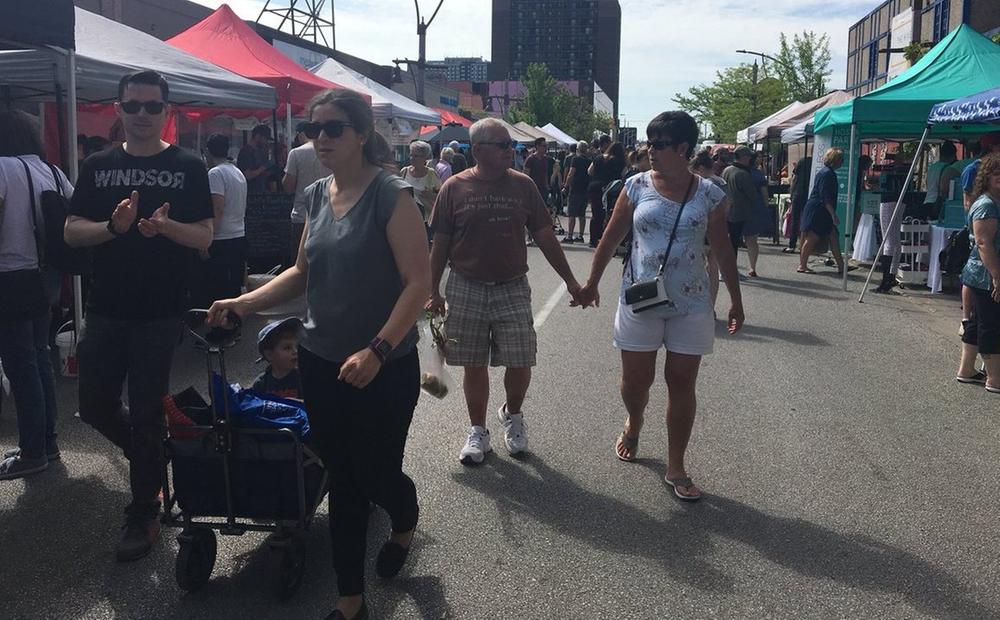 Residents take a stroll through the Downtown Windsor Farmers Market on Pelissier Rd. between Park and Wyandotte St. on Saturday May 25, 2019. (Photo by Ricardo Veneza)

Green adds the public can expect roughly 70 vendors at the market later this month.

"The vendors that I speak to are all doing fantastic," says Green.  "The smiles on all the visitors faces tell us that they're happy that they've come back and start shopping at their usual local vendors."

The market runs every Saturday from 8am until 1pm.

Vendors can be found on Maiden Lane and on Pelissier Street between Wyandotte and Park Streets.