It's being called a game changer.

The proposal is set to hit the city's website for public review and feedback ten days ahead of the meeting. It's currently available to the public at city hall.

A CIP outlines incentives for business owners to refurbish store fronts or complete other improvements.

Francis sees the CIP as a potential key in revitalizing the downtown.

"You know, hopefully that unlocks a lot of ingenuity, a lot of entrepreneurship and a lot of investment that people are holding on," says Francis. "I know a few investors, a few developers have called me asking, 'When is this CIP coming because we're ready to move, we're just waiting.'" 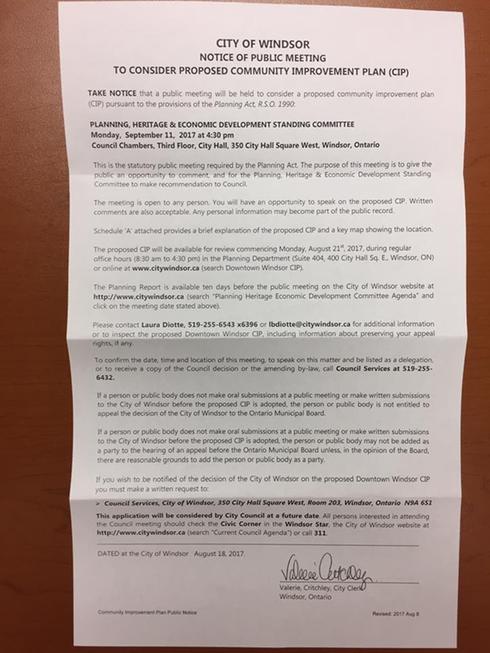 Francis says many councillors are getting calls from business owners and investors about when the CIP is going to be put in place.

"The energy is positive, the excitment is palpable and it's just a matter of getting this plan in place, getting the details there, getting the consultation from the public and all the stakeholders and moving forward with real action items to help improve the situation," says Francis.

He says finally seeing the CIP proposal for the downtown is the latest step in a long process.

"The faster the better," says Francis. "The quicker we can get the CIP plan into place, the better. If you were to ask me, I would've liked to have seen this two-and-a-half-years ago."

Francis stressed the downtown Windsor CIP has broad support on council and many are eager to get it in place.

The Planning, Heritage and Economic Development Standing Committee is set to meet at 4:30pm on September 11. 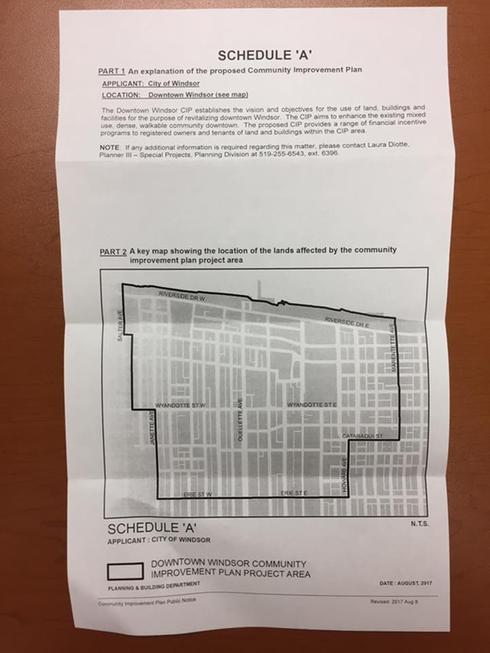