Today, October 11th,  is the International Day of the Girl and Build a Dream has recognized two young women who are following their dreams.

Dreamer Awards were presented to two young women including 8-year old Katherine Lord, a student at Sandwich Public School who wants to be an astronaut

"I want to see the stars and see them up close and see Earth from outer space," she says.

Even though most astronauts are boys, "Some astronauts can be girls  because anybody can achieve their dream," she quickly added. 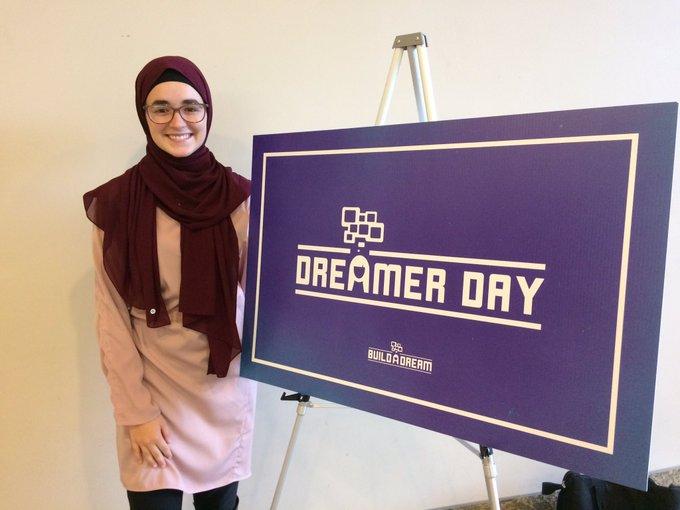 Sanah Al-Haddad, a 17-year-old student at Kennedy Collegiate, who is Muslim and wants to be a police officer also received the Dreamer Award

"Everything that surrounds me is kinda like against me but ever since I was a little girl I wanted to become a police officer and I'm really committed to doing so," she says."

She says she grew up in a 'tough part of the city' but always witnessed police officers doing good in the community.

Al-Haddad admits being Muslim poses a challenge to reaching her dream but that isn't going to stop her.

"For me, usually women are suppose to be in the house or have a job, but it has to be respecting to the woman," she says. "For me my family surrounds me with positivity and that's good because my sisters are always encouraging me, my mom is encouraging me."

Al-Haddad is a first-generation Canadian, with her family coming from Syria.

"If I were to be born and raised in Syria or in another country I would have been totally different. Being here made me experience new things and encounter opportunities that I would have never have encountered ever in my life."

Build a Dream is an initiative that encourages women to think 'outside of the box' when making career choices.