A lawyer representing the truck driver responsible for the deadly Humboldt Broncos bus crash says his client wants to stay in Canada when he is released from prison.

Court heard Sidhu blew through a stop sign at a rural intersection on April 6, 2018, and into the path of the Saskatchewan junior hockey team's bus. 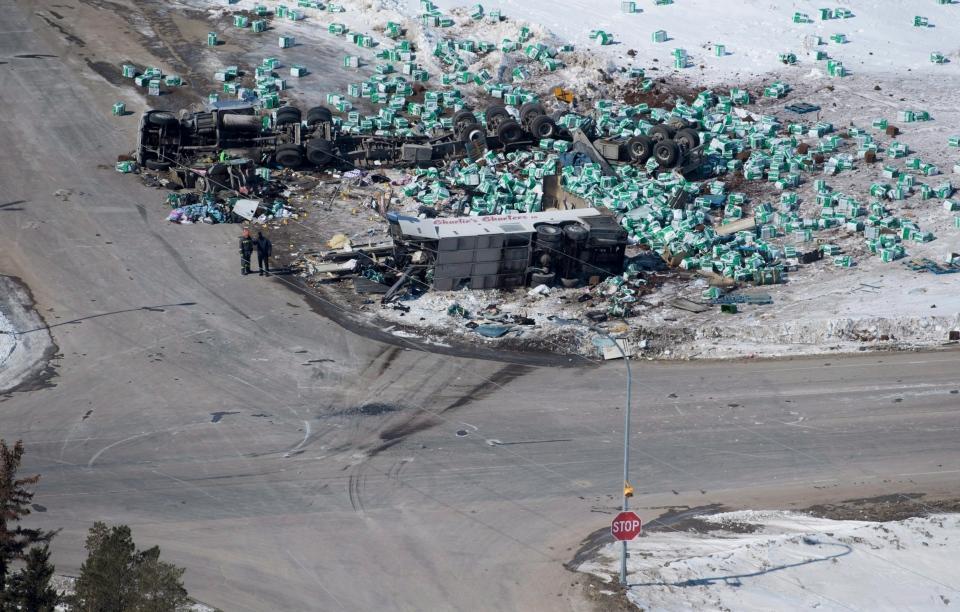 Sidhu is not a Canadian citizen he will likely face deportation to India when his sentence is complete.

Calgary lawyer Michael Greene says the Canada Border Services Agency needs to look at all the circumstances of Sidhu's case.

He says Sidhu has no prior criminal history, is well-educated, fluent in English and extremely remorseful.

Michelle Straschnitzki, whose son Ryan was partially paralyzed in the crash, thinks the deportation should stand.

Scott Thomas, who lost his son Evan in the crash, has kept in touch with Sidhu's wife while he's been in prison. He says he has forgiven him.

"He’s in a prison in his mind, for sure," says Thomas. "I know he struggles with this every day and he will continue to no matter where he is, whether he’s in Canada or back home India."

Thomas says their family would be prepared to write a letter to help Sidhu stay and doesn't believe deporting him achieves much.

"It will just ruin his life even more than it has. There’s enough tragedy that’s come out of this, we don’t need to go back and keep making things worse," he says.

But former N-H-L player Chris Joseph, whose son Jaxon also died, says his family will oppose any effort for Sidhu to stay in Canada.

With files from the Canadian Press