Rock and Roll Hall of Famer Eddie Van Halen is dead at the age of 65.

In a tweet posted by his son on Tuesday, Wolfgang Van Halen said his father lost his long battle with cancer this morning.

He's considered one of the greatest rock guitarists of all time. He founded the group Van Halen with his brother Alex, bassist Mark Stone and singer David Lee Roth. 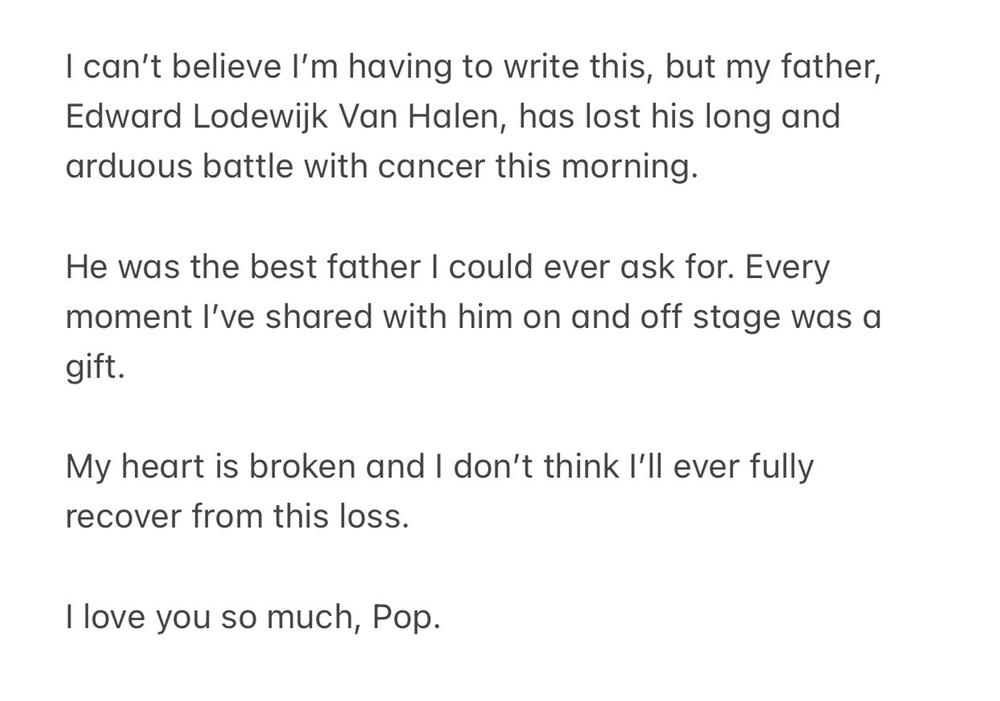 — With files from Metro Source