Time is running out to check out the giant red igloo along Windsor's waterfront.

Today is the final day for the SESQUI cinematic dome showing the 22-minute film titled "Horizon" featuring breathtaking images from across the country as part of Canada 150 celebrations..

It's a 360 degree experience so the images are all around you.

SESQUI Head of Marketing Sean Moffitt says the response has been incredible in Windsor.  In fact, Mofftt says Monday was a record as an extra show was added due to the line-ups.

"The response from Windsor in terms of both the turnout, the number of volunteers and the overall reaction to our film has been incredible," he says.

"I have a special affection for Windsor in terms of, it's not Canada Day, it is not the start of the tour and yet Windsor has come out in absolute droves." 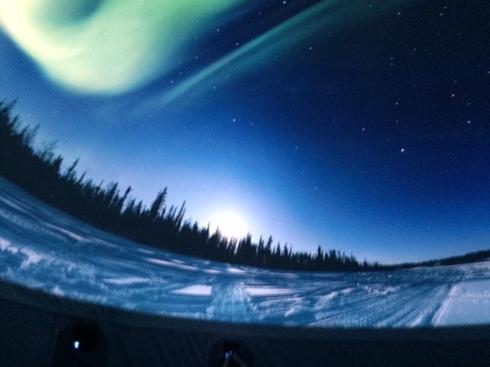 Image from the film HORIZON

There isn't an admission price to get in.

The show plays continuously until 7:30 today with the final showing starting around 7:10pm.

Moffitt recommends people get there early and hydrate well.