A popular member of the AM800 CKLW family has passed away.

Cam Gardiner spent 16 years with AM800 CKLW as co-host of the "Cam and Lisa Show" alongside Lisa Williams before hanging up the microphone in 2003.

Williams says she couldn't have asked for a better person to show her the ropes.

"He was such a larger than life person in this city and he meant so much to so many people and everybody felt like they knew him. I do call him my mentor because, really, when I first started working in radio, I knew nothing, nothing."

She says Gardiner was a man of the people.

"When I first started working with him, he made it very clear that this job is more than just sitting in the radio station behind the microphone. He really felt that getting out into the community, getting connected to the community was really important."

Since retiring from radio, Gardiner had battled several health issues including kidney disease.

On Oct. 1, Gardiner was given key to the city to mark a life time of achievement and contributions to Windsor-Essex. 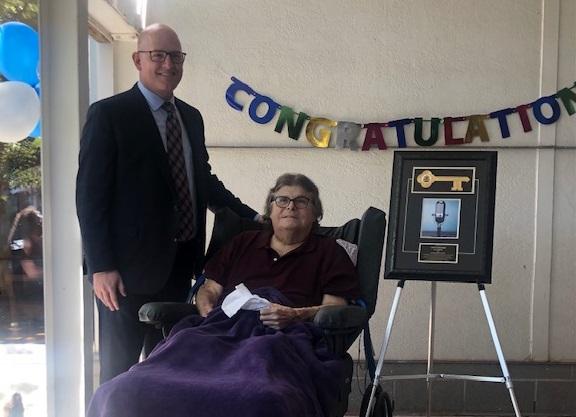 Former AM800 personality Cam Gardiner receives the key to the city from Windsor mayor Drew Dilkens on October 1, 2021 (Photo by Lisa Williams)