The Windsor Goodfellows will be out on city streets starting this morning for their annual newspaper drive.

Thursday, Friday and Saturday, volunteers will be out selling Goodfellow newspapers to raise money in support of a number of programs run by the organization including its food box program for those in need.

Last year's newspaper drive was altered because volunteers were not out on the streets due to the COVID-19 pandemic. 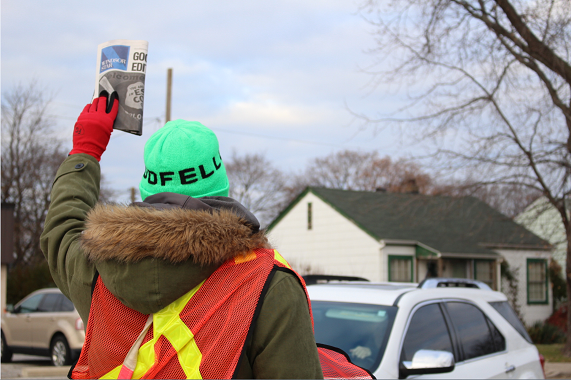 Bruce Tait, Chair of the Windsor Goodfellow Newspaper Drive, says they've found the need is very high this year and they're giving out more food boxes.

"We also started out giving out a lunch bag to homeless people, typically they ask for a street bag, but it has cereal, a small milk, pop, water, a couple of apples, fruit cups, bread and a bag of chips," he says.

Tait says the area has always been generous in supporting the Goodfellows.

If people don't have cash on hand to donate to on-street volunteers, Tait says there are other ways to donate.

"We have cards we're giving out. If someone says 'I don't carry any cash,' we'll give them a card that has information on how to donate to Goodfellows. It also has a QR code on the back that people can scan with their smart phone and it takes them right to our donation site," he adds.

Between 500 and 600 volunteers will be taking part in this year's fundraiser in Windsor, Tecumseh and LaSalle.