A Vancouver man charged in a hit-and-run crash that killed a Windsor man has entered a guilty plea in the case.

The BC Prosecution Service confirmed to CTV News Vancouver that Amanpreet Sohal pleaded guilty on Wednesday, February 12 to a charge of failure to stop at an accident causing bodily harm. He was also charged with dangerous driving causing death.

30-year-old Ryan Barron was hit and killed while riding his skateboard in Vancouver in April of 2016.

In December of 2018, Vancouver police arrested and charged the then-23-year-old Sohal in connection to the case.

Barron's father says he's been told a plea agreement was reached that will see Sohal serve an 18-month jail sentence.

Terry Barron tells AM800 News it's kind of a relief that things are coming to an end but he's not sure if 18 months or 18 years is really justice.

"He admits what he did, so it's a relief," he says. "As far as the word justice, I don't think there's a really enough, I don't even know how much would be enough to be considered justice."

Barron believes it was an accident but he finds it hard how someone could spend the last four years trying to get away with it.

Prosecution Service communications counsel Dan McLaughlin said in an email to CTV News Vancouver that the service expects the other charge will be stayed at the conclusion of the sentencing hearing, scheduled for September 16, 2020.

Since his death, the city of Windsor has approved the creation of a $200,000 concrete bowl in the Atkinson Skate Park that will be named in memory of Ryan Barron. Fundraising has been taking place to raise the money needed to build the structure. 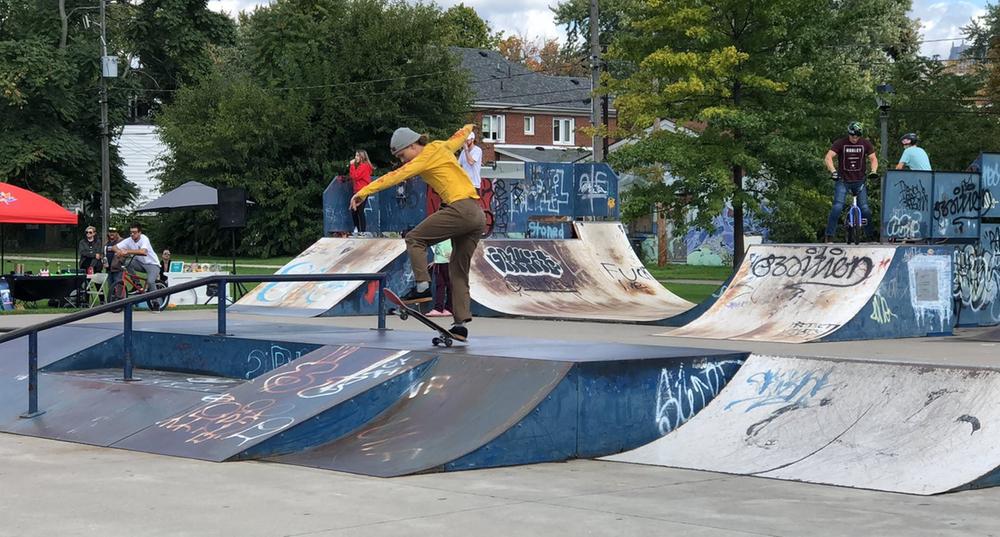 A local skateboarder negotiates a jump at the Atkinson Skate Park in west Windsor during a fundraiser for the Barron Bowl on Sunday October 6, 2019 (Photo by AM800's Gord Bacon)