Montreal Canadiens legend Guy Lafleur has died at the age of 70.

The Quebecer was a bonafide Habs icon, winning five Stanley Cups and remaining, to this day, the team's all-time scoring leader.

In his 14 seasons with the Montreal Canadiens, Lafleur, also known as "the Flower," became known for his smooth skating and scoring touch -- easily recognizable on the ice with his long hair flowing out behind him, unrestricted by a helmet.

From humble beginnings in Thurso, Que., a small town on the Ottawa River with fewer than 3,000 inhabitants, Lafleur excelled at hockey, playing in the Quebec Pee-Wee tournament at just 11-years-old, where he got to meet his idol, Canadiens hero Jean Béliveau.

"We took a picture together," Lafleur recalled years later. "He was putting a hat on my head and he said, 'Maybe one day we'll see you in the NHL.'"

He wore Béliveau's #4 as he ascended to the Juniors -- and was drafted first overall by the Canadiens in 1971.

At first, Lafleur struggled in the big leagues, overshadowed by fellow Quebecer Marcel Dionne, who was selected second by the Detroit Red Wings.

"The expectations were too high," said Scotty Bowman, former NHL head coach with both the Habs and the Red Wings. "He came as Jean Béliveau retired... They thought Lafleur was coming in to replace Béliveau."

Yet, by his third season, Lafleur had hit his stride.

He would go on to win five Stanley Cups with the Canadiens, the first player to score 50 goals and 100 points in six straight seasons.

However, by the early 1980s, he seemed frustrated with the team -- his ice time had been reduced and his production had plummeted.

Lafleur repeatedly asked for a trade, but was denied; in 1984, he decided to retire.

"Nobody pushed me to take that decision. I took it on my own," he said. "And I'm very happy about it."

Lafleur was inducted into the Hockey Hall of Fame in 1988 -- though in a surprise twist, he decided to return to the game, signing with the New York Rangers then returning to Quebec to play with the Nordiques for two seasons before retiring a second time.

To honour his accomplishments, the crowd gave him a six minute standing ovation at the Montreal Forum as they sent off his #10 to hang alongside other Habs greats.

"When you're a kid, your dream is to play in the NHL and to play with the Canadiens because they were the best -- and having the chance to win the Stanley Cup," Lafleur said.

The decorated forward received three Art Ross trophies for the most points in the league, two Hart Memorial trophies for being his team's most valuable player and a Conn Smythe trophy for being a playoff MVP.

"I think if I would have told my mom about this when I was 10-years-old, she would have whacked me upside the head," he said.

After a total of 17 seasons in the NHL, Lafleur became one of the Canadiens' greatest ambassadors, a legend whose scoring and signature still loom large in hockey history.

The Quebec premier's office has offered Lafleur's family a state funeral for the legend, should they so wish. 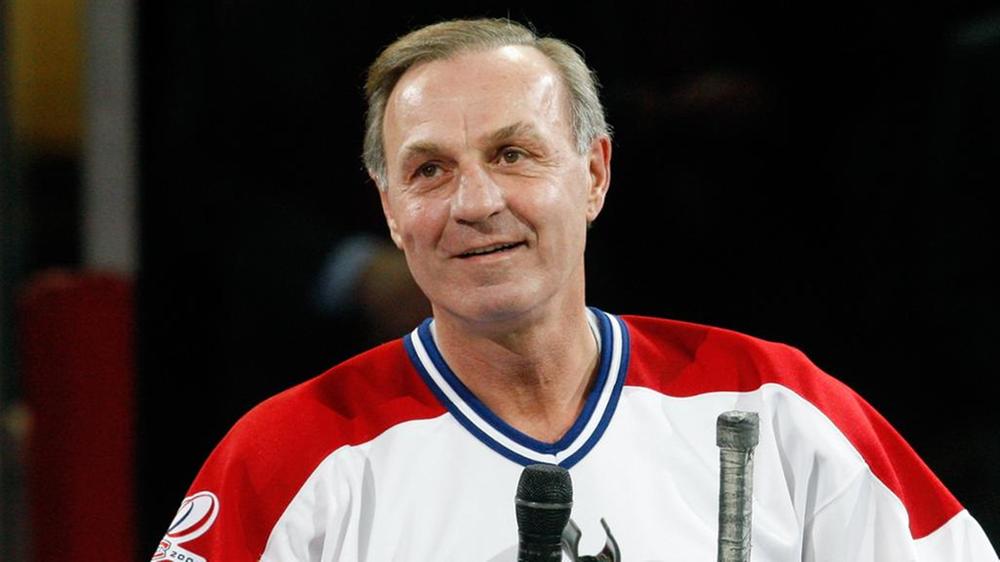