Heart break is being expressed after a war memorial was damaged in Windsor's Malden Park.

A marker that serves as part of the Freemasons War Memorial was found broken in two and thrown into a pond in Malden Park in the 4200 block of Malden Road.

The Windsor and Erie Districts of the Masonic Fraternity in Essex County joined together to build the Masonic War Memorial, at a cost of $85,000, to remember local Freemason veterans who made the ultimate sacrifice in defending Canada.

Gene Lotz, who served as chair of the committee that built the memorial, says it probably took a lot of effort to knock the granite tablet off its pedestal, drag it down the hill and throw it into the pond.

"Part of it is mounted in the ground and it was bolted to that. So they had to break that, it had to be 250 to 300 pounds of base and granite that they dragged down the hill to the pond," he says. 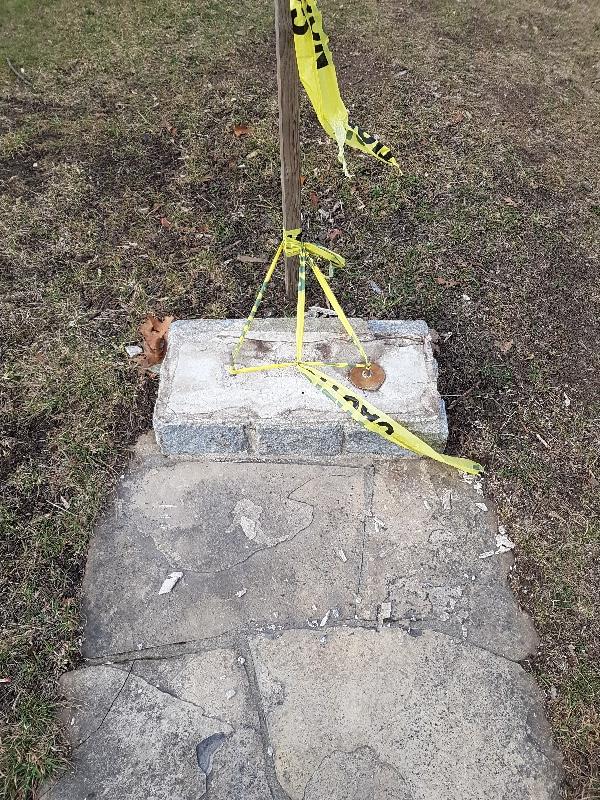 A marker that serves as part of the Freemasons War Memorial was found broken in two and thrown into a pond in Malden Park in the 4200 block of Malden Road. Dec. 7, 2022 (Image courtesy of Gene Lotz)

Lotz says it just breaks his heart that someone would look at a war memorial and vandalize it, for what end?

He calls it a sad commentary on our times.

"I wish the people that done that, if they put that much effort to contributing to society instead of trying to do something like that, they'd be a lot better off as individuals," he says.

At this point, Lotz says City staff removed the marker from the pond near the main entrance to the park off Malden Road.

He hopes there is a way it can be fixed and put back in place.