Jitesh Bhogal has been found guilty of first degree murder in the death of Windsor woman Autumn Taggart.

The jury reached the verdict on Wednesday morning.

Justice Renee Pomerance said to the jury “you have discharged your duties with distinction.”

As she dismissed them she added “I offer you my sincere thanks.”

Taggart, 31, was killed on June 10, 2018 in the bedroom of her University Avenue apartment building.

A sentencing hearing date has been set for Jan. 5.

The 12-member jury reached the verdict on Wednesday morning, after deliberations started Monday evening at 5 p.m.

Justice Renee Pomerance said to the jury “you have discharged your duties with distinction.”

As she dismissed them she added “I offer you my sincere thanks.”

The Taggart family exited the courthouse with their hands on the air, declaring “a victory”. 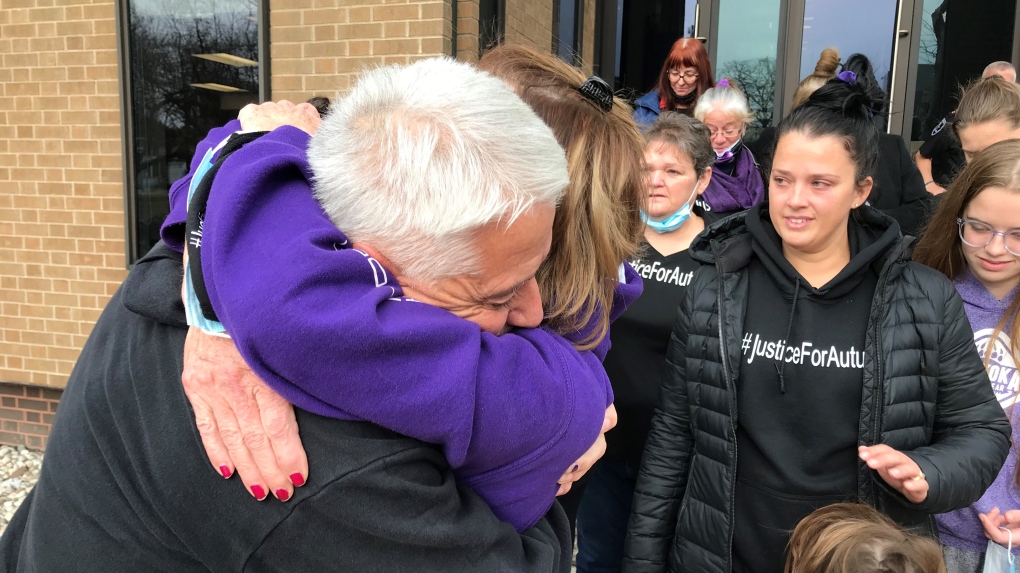 The family members hugged each other and showed visible signs of relief.

“We’d still like to see the laws in Canada change for, life changes to actual life. Not 25 years and then parole. We’d like life, to mean life, for all victims,” said John Taggart.

A pathologist testified Taggart died from neck compression and suffocation.

At trial, Bhogal, 31, admitted on the stand he put his hands over Taggart’s nose and mouth to get her to “stop screaming”.

The family members will now decide whether or not they want to write a victim impact statement, needed for the sentencing hearing on Jan. 5, 2022.

"Aside from her death, it was the most difficult seven weeks of my entire life, hearing the details (in court) of what happened to her, from head to toe. I don't even have a word. It was awful. It was excruciating. Agonizing."

"She was so smart. A great mother. She loved to laugh and she loved life and I miss her."

Spratt wishes to thank the jury, the police and Crown Attorneys for their "hard work and dedication."

“There’s no words to express, what any of us were feeling. She’s still gone. She’s not coming back,” said Jolayne Lausch, Taggart’s step-mother.

Crown Attorneys Ilana Mizel and Kim Bertholet declined to comment until after Bhogal is sentenced in 2022.