The mayor of LaSalle wants to see if something can be worked out when it comes to renaming Gil Maure Park.

The project in the area of Front Road and Laurier Drive would include a mix use of indoor and outdoor space, a walkable parkland, a 30,000 square foot event centre at the former Westport Marina site, splash pads, and a sports zone.

The family of the late Gilbert Maure is not pleased with the plan to get rid of the family name on the land after receiving notice of the proposal on June 30. 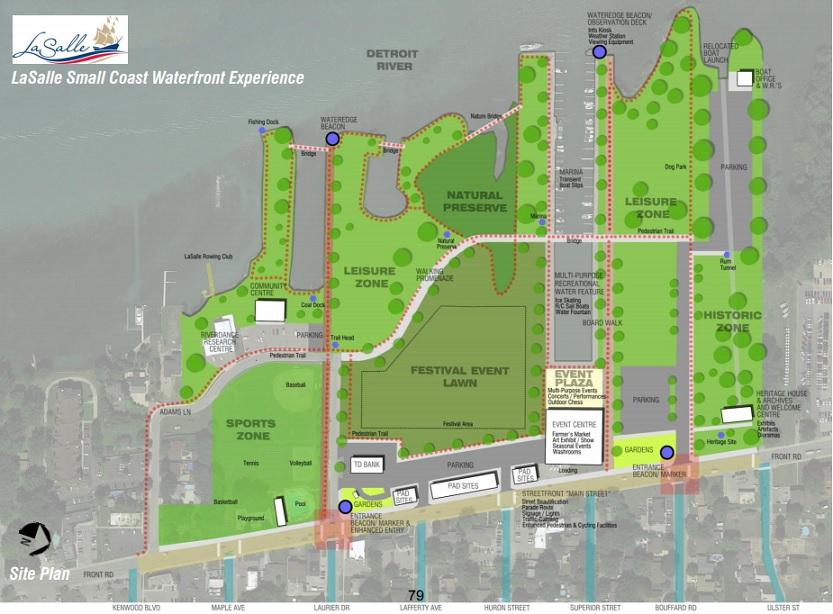 Bondy says maybe they can incorporate the name Gil Maure Park within the Petite Cote Waterfront.

""I wasn't around obviously when Gil Maure Park was named for Mr. Maure," he says. "We don't want to take anything away but maybe there is something Council can come up with on Tuesday night to keep everybody happy."

A report going to Council is recommending Gilbert Maure be recognized within the event centre with a community room named after him, but the family has called that a "slap in the face."

Bondy believes a compromise could be found.

"We, as prior council, put a name on that Gil Maure Park, so how do we keep recognizing Mr. Maure and satisfy what the town wants to do, to call this a destination area as opposed to just a park?," he adds.

Gil Maure Park was named after Gilbert Maure, who owned the property and built a house on the land. Maure died in 1970, and the Town purchased approximately 3.6 acres of land from the Maure family in 1980. That, combined with land purchased in 1977 from another family, would become Gil Maure Park through Council Resolution in 1994 at the request of the Maure family. With the recent purchases of land made along the waterfront, the new parkland is now approximately 59 acres in size.