Habitat for Humanity Windsor-Essex has partnered with the University of Windsor and nidus3D - leaders in 3D construction printing in Canada - to build the first 3D printed homes for residential use in the country.

Officials say the historic build in Leamington will result in three buildings, with four units in each self-contained home, for individuals and couples in need of attainable housing.

Habitat's local Executive Director and CEO, Fiona Coughlin, says they're hopeful that this technology can have a big impact on the housing crisis in Canada.

"In Windsor-Essex we're piloting this in partnership with The Bridge Youth Resources Centre, and they have a whole 40 home community plan. So we hope that this research will help to pave the way for the next phase of this development, and we hope to continue to be part of it." 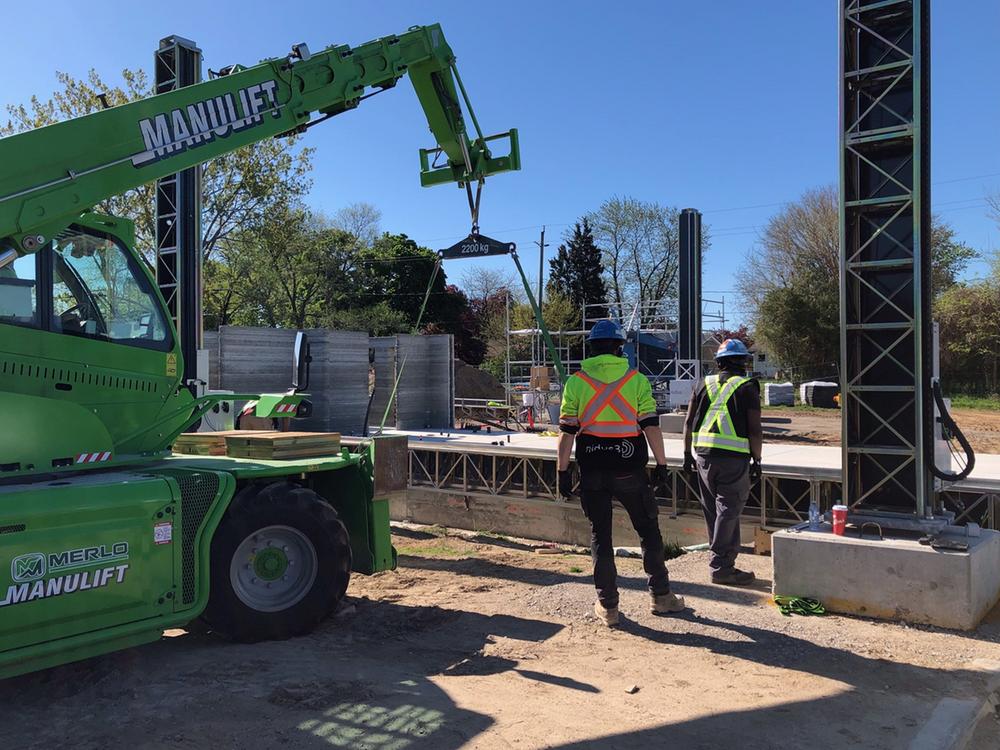 Krista Rempel, the executive director of the Bridge Youth Resources Centre, says they were approached to be a partner on this project and it was a great fit.

"They already knew that we had in our strategic plan to move forward on building homes for our community. It was a great fit because we had the property and our missions and visions aligned. And so the 3D printed home happened to be the first portion of the larger project."

Ian Arthur, president of nidus3D, says it's an automated placement of concrete or material and works a lot like you would see in a small 3D printer.

"We're just doing it on a much, much larger scale. So behind me right now the guys are setting up for the second half of this print, it's a Gantry style printer, and we're able to print structures with this printer that are up to 40x40 in terms of their size."

Officials believe 3D printing could be a game-changing solution to the current housing crisis, through the efficiency of building, promoting housing density and reducing the costs associated with construction.