Local Elementary Teachers Speak Out on Back to Class Plan

Concern is being raised over COVID-19 safety protocols and class sizes as teachers and students across Windsor-Essex return to the classroom for in-person learning this coming Monday.

Local Elementary Teachers' Federation of Ontario President Mario Spagnuolo, says teachers have mixed emotions about the return when it comes to safety issues to prevent the spread of the virus.

Spagnuolo says there are solutions for safety out there, but the government isn't willing to address them.

"The easy one was the mandatory masking in elementary. We've been saying that should have been done a long time ago. They have finally instituted that for grade 1 through 12, they're not addressing it in kindergarten. So that's one change that they've made but there's so much more that can be done," he says.

Spagnuolo says the other issue is class size — in elementary grades there are classes of up to 27 students.

"There is no way we can maintain two-meters of distancing between these students, especially the little ones in kindergarten. Kindergarten kids like to play together and if they're at the sandbox or playing with the toys, they're going to be within two-meters and they're not mandated to wear masks in those classrooms," he says. 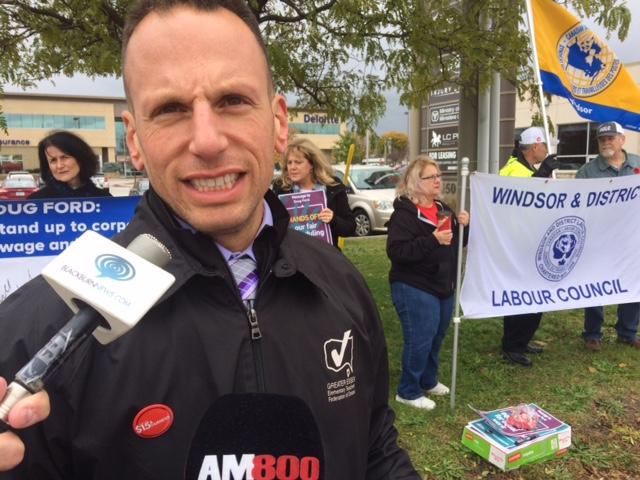 Spagnuolo says they're concerned about what's being called improved safety protocols being put in place.

"We're still using the same PPE {Personal Protective Equipment} that we were using in September," he says. "So although our numbers and our cases have skyrocketed since September, and the government continues to talk about improved PPE, when you talk to teachers on the ground who are actually in the classroom they have the same masks they had back in September."

Spagnuolo adds teachers want to go back to school to work with the students one-on-one, being in person.

He says they do the job for the social interaction with the children, but they're concerned with the lack of improved safety protocols.

Students in 13 public health units, including Windsor-Essex, will return to physical classrooms on Monday, Feb. 8.