It was one year ago, Mike Brundritt lost his wife Lacie and their 14-year-old son Kyle in a crash on Highway 401 in Chatham-Kent.

Brundritt was in the vehicle along with their son Evan.

He says his family had a great relationship and they always hugged.

Brundritt says he wants to turn a negative into a positive.

"I've been surrounded by a lot of good people over the last year," says Brundritt.  "So I thought why not embrace the day and spend sometime with friends and family.  Between my friends and family we're going to be sharing hugs today."

He adds July 30th will always be a tough day but he wanted to do something for his family.

"A lot of people need hugs on different days of the year, you never know what somebody is going through on a particular day," says Brundritt.  "Hugs are a great way to show compassion towards somebody." 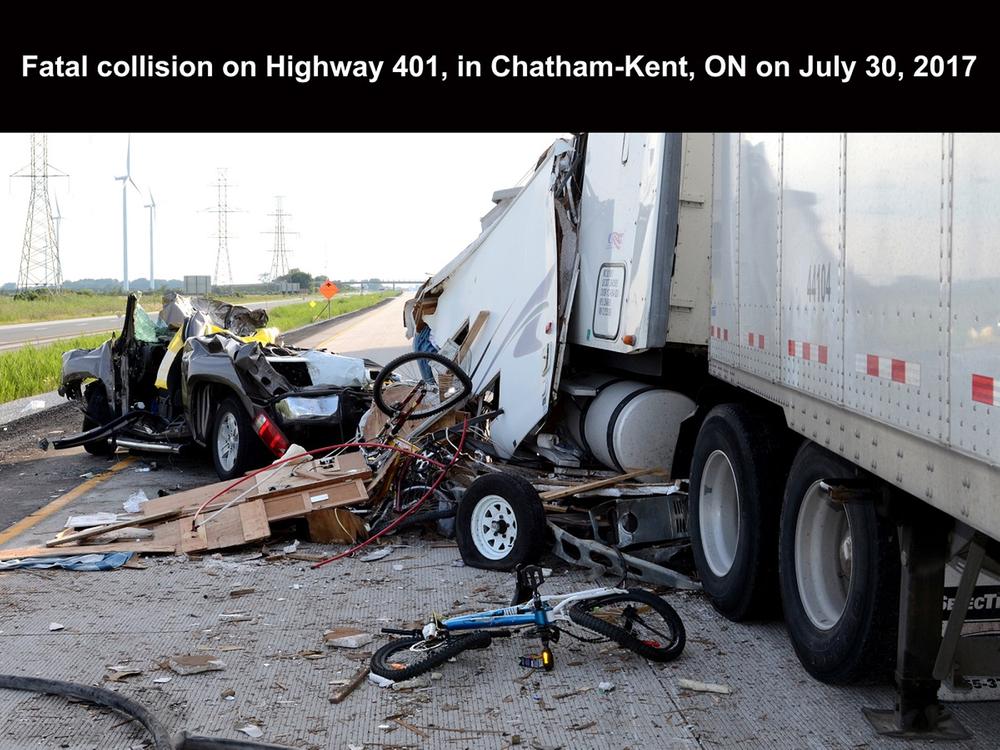 He was behind the wheel of a transport truck that piled into the rear of five vehicles on the highway that were stopped in a construction zone.

Parmar will learn his fate in mid-September.

— with files from AM800's Kathie McMann