The ruling of the Local Planning Appeal Tribunal on zoning for the proposed acute care hospital has come down.

The group Citizens for an Accountable Megahospital Planning Process, better known as CAMPP launched the appeal along with a numbered company.

It was over the re-zoning of land at County Road 42 and the 9th Concession to allow for the project.

At a news conference heard live on AM800, Windsor Regional Hospital CEO David Musyj says the hearing has clearly delayed the project.

"The city needs to do this and we said that from the start regardless whether the hospital was there or not, this was going to happen to that area of 42 and 9," says Musyj.  "It's been in the plans for years to happen so it's going to happen.  The great thing about it now is there's going to be a hospital there as well."

Musyj is now calling on the entire community to come together and  support the project. 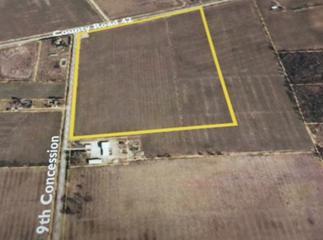 Spokesperson Joe McParland says there is still a lot more work that needs to be done before final approval of the hospital.

"It was a very strong dismissal, then let's get together and we're going to continue advocating, through letter writing, through television spots, through whatever we need to get the message out that we want to get this hospital built," says McParland.

Windsor Regional Hospital says planning along with the legal fees for the hearing process cost the hospital roughly $700,000.

CAMPP has 30 days to ask for a reconsideration by the tribunal and then could launch a judicial review through the courts.

The city had rezoned the property to allow for the $2-billion hospital project to be built.