A new roofing preservation company in Windsor wants to give back to the community.

Bright Green Roof Windsor has announced it will donate one tree for every roof it does in 2021.

Sales and Marketing Manager Matt Citron says the company felt it was important to announce the initiative on Earth Day.

"We figured that a lot of people are probably not in a place where they're able to afford a typical roof replacement so we feel like we're giving back to the environment as well as the roofing industry does generate about 15-million tonnes of waste annually throughout North America," says Citron.  "So by providing our solution, it's contributing to a heavy carbon foot print in North America."

He says his company has partnered with Tree Canada and Team Trees.

"Being a bio-based roofing preservation company we thought, we should roll out some sort of incentive that aligns with the bio-based product," he says.  "So what we've done, is we've gone ahead and partnered with Tree Canada as well as Team Trees in order to get some trees planted in the area."

Citron says they're still in the process of deciding where the trees will be planted.

"It doesn't matter the size of the roof, we feel we're doing our part by giving back to the environment," says Citron. 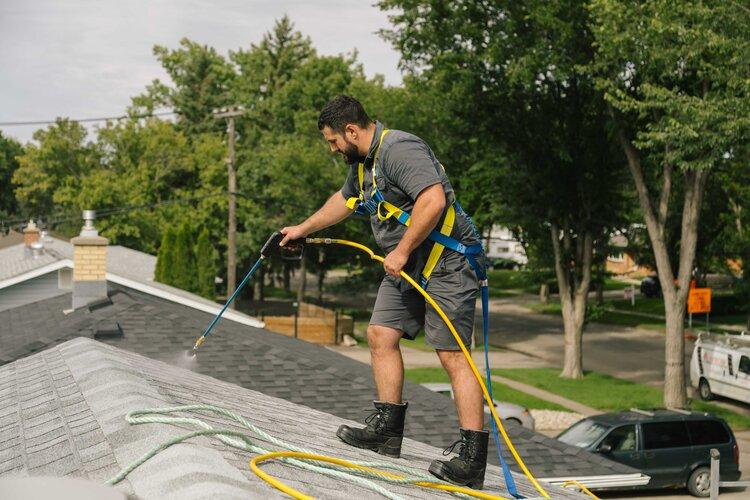 Citron says his company using a 100 per cent bio-based spray that is applied to asphalt roofs.

He says the spray will extend the roof's life by five to 10 years and will also restore the roof's original colour.

There are 11 Bright Green Roof dealers across Canada.

— with files from AM800's Kristylee Varley.