The City of Windsor is making $8.1-million in upgrades to a heavily travelled road.

Construction is underway to fully rebuild the north and southbound lanes of Lauzon Parkway from Tecumseh Road East to Hawthorne Drive.

SheaRock Construction Group is handling the work which includes reconstructing seven lanes of concrete road, new drainage, rebuilding the multi-use asphalt trail on the east side of Lauzon Parkway, replacing about 250 metres of the concrete sidewalk on the west side along with curb enhancements.

Ward 8 Windsor City Councillor Gary Kaschak calls Lauzon Parkway a "funnel" from the Riverside Drive, Riverside-Wyandotte Street areas, the whole east-end, to get out to the E.C. Row Expressway, County Road 42 along with Windsor Airport.

Kaschak, says it's an extensive project.

"It's going to work its way, the next phase down to the expressway and then hopefully we see some further enhancements as it works its way down to County Road 42, as one of the main entrances to our new hospital," he says.

The proposed regional acute care hospital would be built not far from County Road 42 and the 9th Concession. 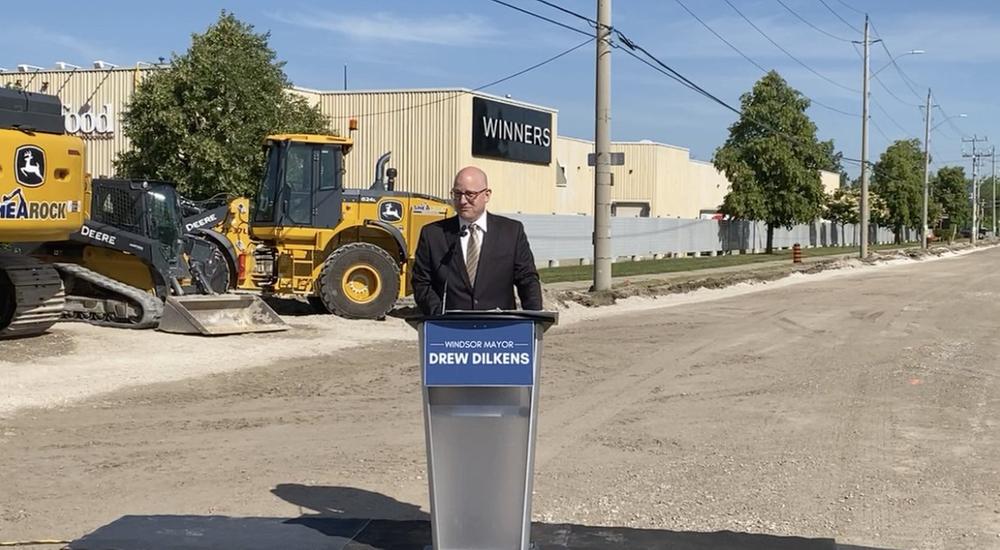 In a release, the city says this $2.6-million reconstruction will renew about 530 metres of one of the busiest roads in east Windsor, where about 30,000 vehicles, including heavy trucks, travel daily on the way to or from the E.C. Row Expressway.

This work is Phase 1 of a planned three-part reconstruction of Lauzon Parkway from Tecumseh Road East to E.C. Row Expressway, with the bulk of the work expected to be completed by the end of 2022.

Phase 2, valued at about $5.5 million, is expected to get underway in early 2022 to rebuild the north and southbound lanes of Lauzon Parkway from the E.C. Row Expressway to Cantelon Drive.

Kaschak, says in the whole east-end, there's really no north-south route other than Lauzon Parkway.

"You have to get over further to Walker Road and Howard Avenue, Ouellette Avenue, Dougall Avenue before you get the good north-south routes. So this is extensively travelled and its been used for a lot of years," he adds.