A war of words in Queen's Park on Tuesday over accusations of unregistered lobbying by close friends of the Premier.

Soon after a former Ontario Progressive Conservative MPP released a litany of reasons about why he was booted from caucus, Premier Doug Ford's office labelled Randy Hillier's explanation as an "outright lie."

Hillier released an open letter on Monday, including a list of 10 specific reasons for why he was expelled, including that he raised concerns about "possible and unregistered lobbying by close friends and advisors by Premier Ford."

Soon after the letter was released, Essex MPP Taras Natyshak wrote to the OPP demanding an investigation. 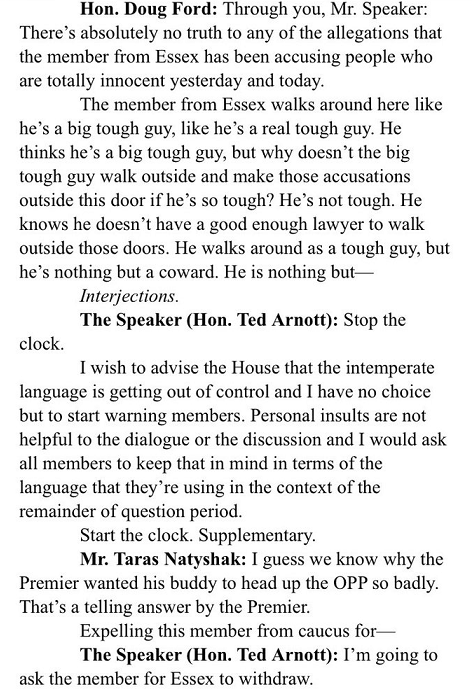