The Progressive Conservatives passed the law earlier this year that makes it mandatory for station operators to post the stickers on their pumps.

The stickers detail the amount of money the federal carbon tax adds to the price of a tank of gas, but says nothing about the rebates available to offset the cost. 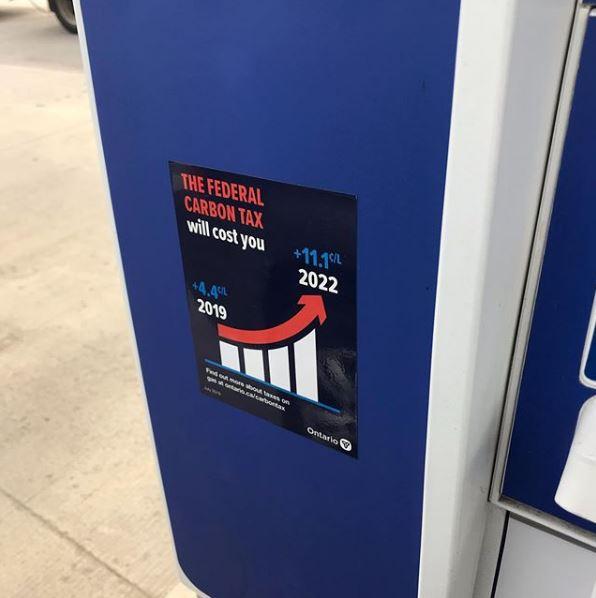 The new law says individuals could face fines of up to $1,000 a day for failing to post the stickers, while maximum fines for corporations go as high as $10,000 a day.

Premier Doug Ford said last week that fines would be enforced, though not at the maximum levels.

A spokeswoman for the provincial energy minister says inspectors won't be focusing on enforcement right away but will focus most of their efforts in the next few months on education and compliance.

"We see this as just part of him spending Ontario tax money to help Andrew Scheer in the federal election. Nothing more, nothing less," says Tabuns.

Ontario is just one province fighting the federal carbon price in the courts. Saskatchewan, Alberta and Manitoba are also in the midst of legal challenges against the system.

With files from CTV News and the Canadian Press