The NHL has suspended the regular season effective immediately because of COVID-19.

The league advised all its clubs earlier in the day not to conduct morning skates, practices or team meetings amid efforts to contain the spread of novel coronavirus.

The news comes just after the NBA announced the same measure last night following the revelation a Utah Jazz player tested positive for the novel coronavirus.

The NHL's Columbus Blue Jackets and San Jose Sharks said Wednesday they would play upcoming home dates behind closed doors and without fans after state and local officials instituted bans on large gatherings of people.

There were 10 games on Thursday's NHL schedule, including matchups in Montreal, Toronto and Calgary. 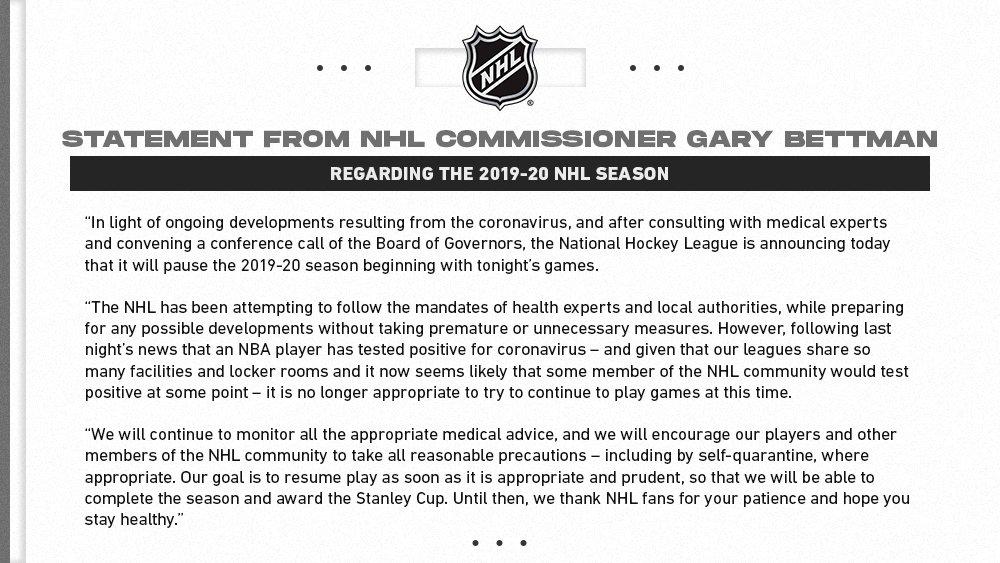