The Municipality of Lakeshore says at least nine public park washrooms are being closed for the year due to vandalism over the past month.

In mid to late September, the municipality says staff attended the nine outdoor public washrooms which suffered extensive damage including broken mirrors, clogged toilets, as well as a melted garbage can which was found inside one facility.

Lakeshore Mayor Tom Bain says so many people use and enjoy the parks, especially during the pandemic.

"Very frustrating to think that there's such a disregard to our parks and for our washrooms, and it's the taxpayers that end up having to pay for all those repairs," he says. 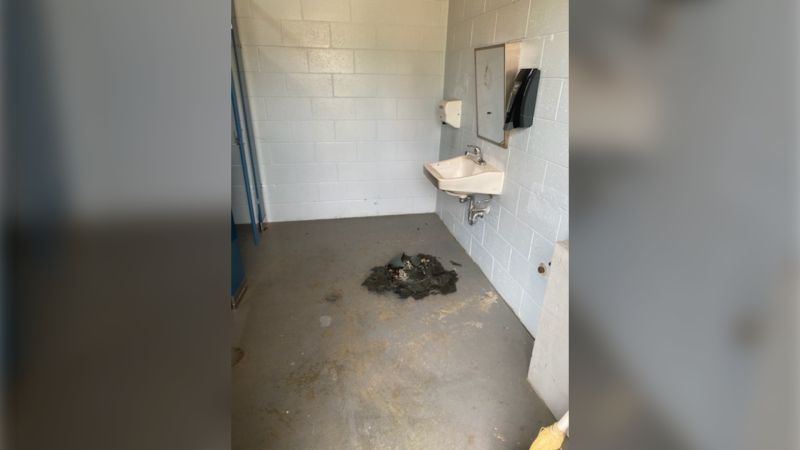 Catch basins at local parks have also had their lids removed which, the municipality says, becomes hazardous for users. The catch basins have also been filled with garbage.

Bain says he hopes the public will help keep the facilities nice.

"Help us by keeping an eye on the parks themselves. And if they see anything like this happening to certainly call our Lakeshore OPP," he adds.

Earlier this week, vandals damaged the bottle filling station and tipped over porta johns at the Vollmer Centre in LaSalle, while the Town of Tecumseh was forced to close the washroom facilities in Optimist Park in early September due to extensive damage caused by vandals.

The town is asking anyone with information related to the vandalism to contact Lakeshore OPP at 519-728-1810 or anonymously www.CrimeStoppers.ca or 1-800-222-8477. To report a vandalism issue, contact the municipality directly.