No Date Set for Decision on Hospital L-PAT Hearing

The three day hearing of the appeal of the location for the proposed regional hospital in Windsor is over.

The hearing was to address an appeal of the Official Plan Amendment and Zoning By-law for the site on County Rd. 42 at the 9th Concession.

The appeal was launched by the Citizen's for an Accountable Megahospital Planning Process or CAMPP.

The final day was a rebuttal from CAMPP's lawyer Eric Gillespie to points made in the submissions of the city and Windsor Regional Hospital.

Adjudicator Scott Tousaw has reserved his decision, but did not name a date when it will be issued.

CAMPP's lawyer had launched a separate libel action against the hospital over a statement issued on its website.

It called Gillespie's motion to have the tribunal recuse itself over a breach of privilege a delaying tactic.

The hospital has taken down that statement and issued another that only says the hospital is pleased the hearing is over. 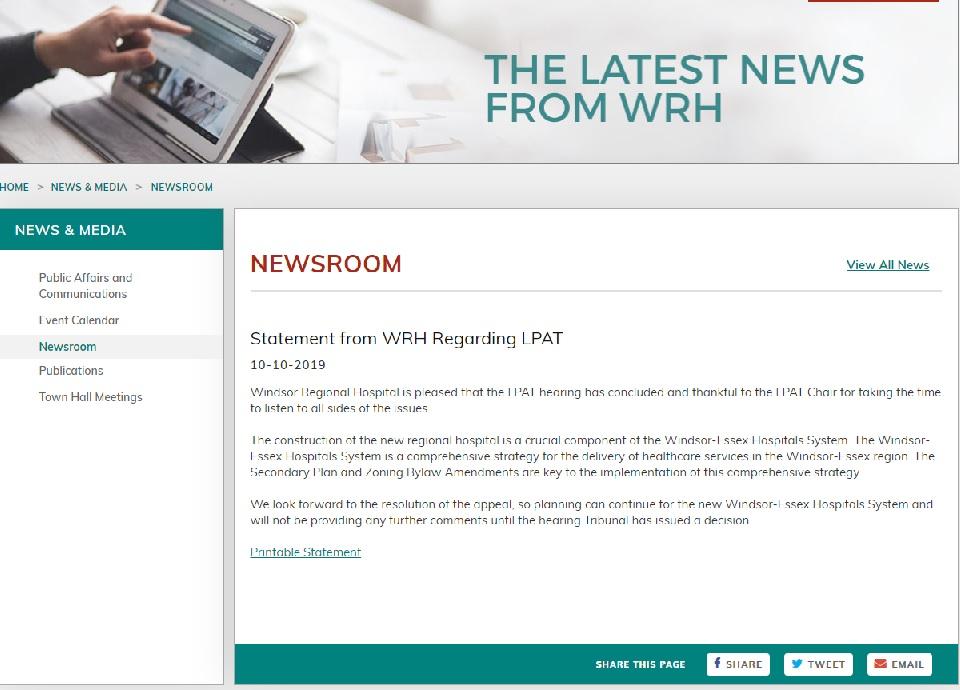 Gillespie had called for an apology, but Windsor Regional CEO David Musyj says the posted statement is the only one they're making.