The first vice president of the Ontario English Catholic Teachers' Association is making her rounds across the province.

She says spirits were high and the horns were honking.

Dobrowolski says her union continues to fight for a fair collective agreement.

"We're also fighting for the quality of public education in Ontario," says Dobrowolski.  "I would say that's what's really driving us here.  We're just trying to make sure that, the great system that we have isn't decimated by cuts." 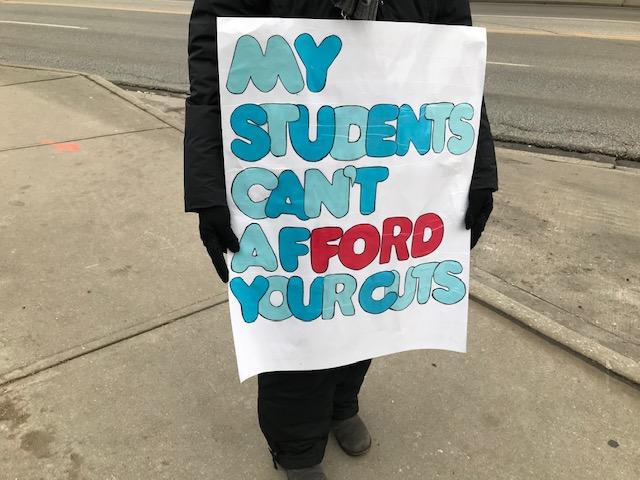 Dobrowolski says despite talks breaking off on Monday between OECTA and the province, she felt the discussions were fairly respectful.

"I think maybe we'll get some more dates in the near future, I hope so," says Dobrowolski.  "I think that we're having to keep this up because I think that the government is very very focused on cutting money out of education.

Dobrowolski will also be visiting picket lines in Chatham and London.

This is the second time in two weeks, OECTA members have gone out on strike.

There are roughly 1800 OECTA members in Windsor-Essex.