Two winning lottery tickets have been paid out in Windsor-Essex.

Sherry Pukay, a Windsor factory worker, collected $100,000 thanks to hitting it big on the Lotto Max Encore.

The 38-year-old says when she scanned her ticket she thought it was a $100 winner, but then a call from OLG came through alerting her she had won the Encore jackpot. 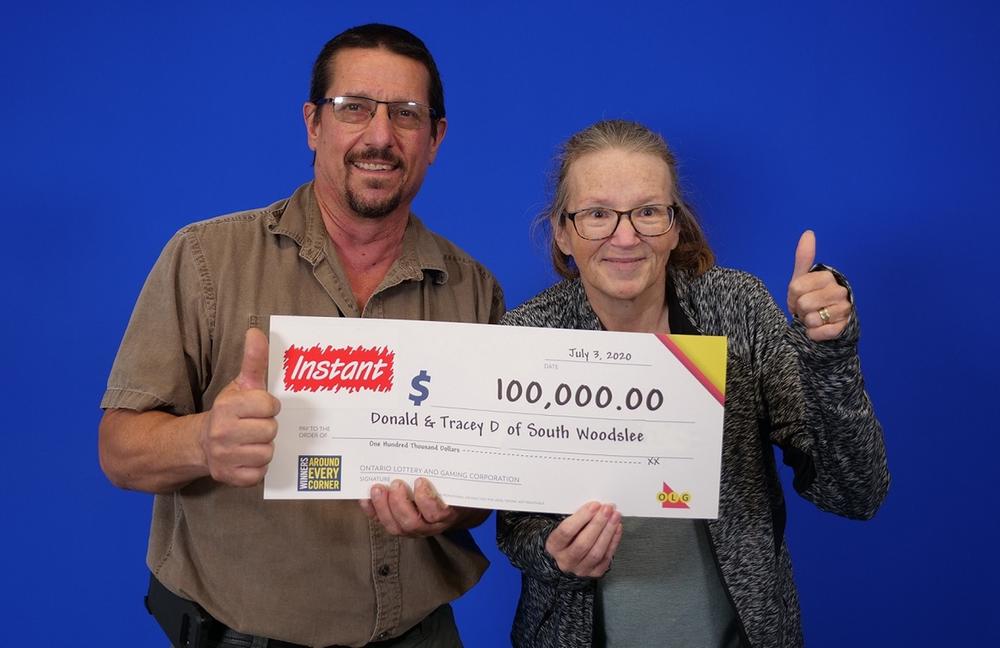 The pair are parents of two and grandparents of three with another one on the way and plan to pay off the motorhome they purchased for retirement and make sure their loved ones are taken care of.