OPP in Leamington are asking for witnesses, video surveillance and any information related to an April 1 fire in the municipality.

Around 6:15 a.m., officers were called to the scene in the 800 block of Point Pelee Drive between Mersea Road 12 and Ellis Street where they arrived to an engulfed structure.

The Major Crimes Unit is asking anyone in the area around the time of the fire to contact them and for residents in the area to check their home video surveillance systems for any suspicious persons or activity.

A vehicle was seen in the area around the time of the fire and police believe the person(s) in the vehicle may be able to help with the investigation. 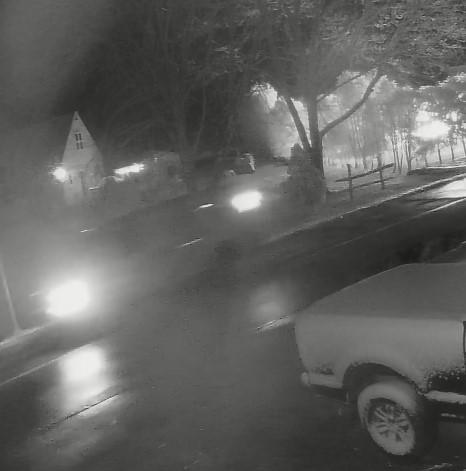 Police believe the person in this vehicle may have information about an April 1 fire on Point Pelee Drive in Leamington. (Photo courtesy of OPP)