A Tecumseh firefighter has been identified as the motorcyclist who passed away following a crash on Highway 3 Friday night.

OPP were called to the highway near Walker Rd. at around 6:30pm for a crash involving a motorcycle and vehicle.

According to police, the driver of the vehicle was treated for minor injuries while the motorcyclist, 38-year-old Michael Abaldo, was rushed to hospital where he was later pronounced dead.

Abaldo was an engineer with the City of Windsor while also spending time with Tecumseh Fire and Rescue where he was officially sworn in as a volunteer firefighter in 2016.

OPP continue to investigate and are asking anyone who may have witnessed the crash to contact police or Crime Stoppers. 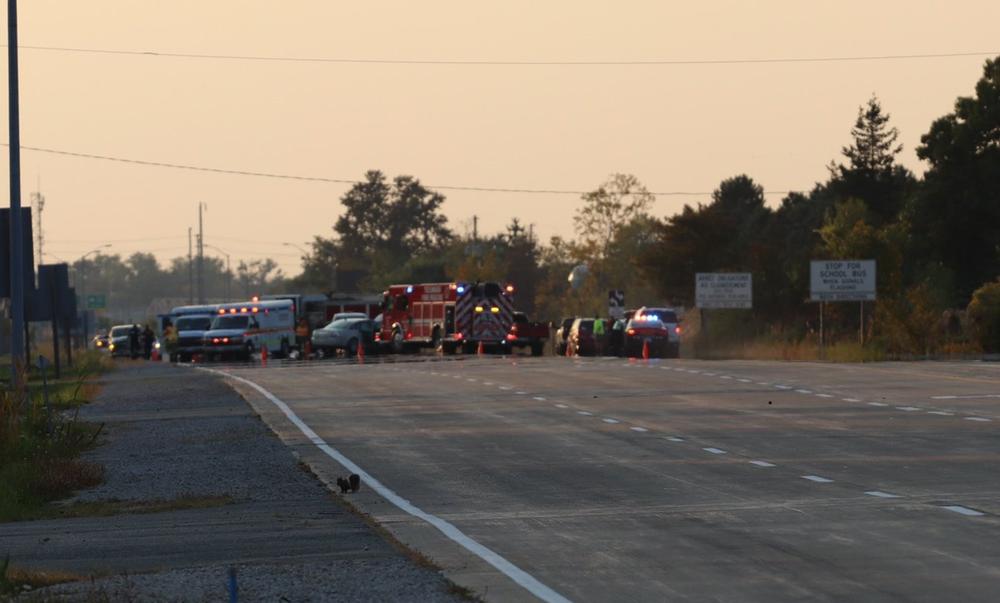 First responders on the scene of a fatal crash involving a motorcycle and a vehicle on Highway 3 near Walker Road in Tecumseh, Ont. on Friday September 25, 2020 (Photo by Owen Cote)