The OPP in Leamington are searching for a suspect in a convenience store robbery.

On Tuesday, June 23 around 3:45 a.m., a woman walked into the store on Seacliff Drive West.

According to police, she picked up a few items then went to the counter where she passed a note to the clerk.

She was allegedly armed with a weapon and left the store with a small amount of cash and other merchandise.

The suspect was a white woman, about 5’3”, wearing a white hooded sweater, a red face covering, dark pants and a camouflaged backpack.

No one was hurt and the suspect was seen leaving the area on foot. 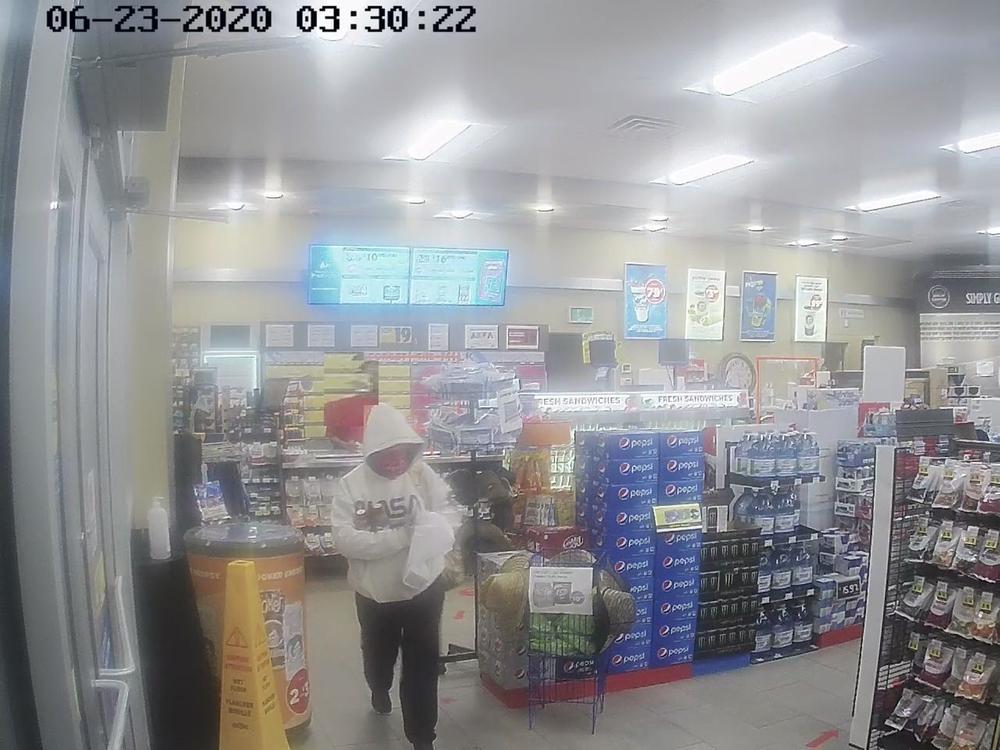 A female suspect is seen on video surveillance following a robbery at a convenience store in Leamington, June 23, 2020. (Photo courtesy of OPP)