Permanent rear patio at Walkerville pizzeria up for committee discussion

A permanent rear patio for a local pizzeria in the Walkerville area is on the agenda for the City of Windsor's Development and Heritage Standing committee.

A Zoning By-law Amendment Application to add a site specific zoning provision that would allow a permanent patio in the rear yard at Vito's Pizzeria at 642 Windermere Road is being requested, but the recommendation from administration is that it be denied.

Privacy and public safety concerns are given as a couple of reasons for that recommendation given the close proximity between the proposed patio and residential units.

Councillor Chris Holt represents the ward and believes this is a tough one for the area.

"Anytime you have a very successful commercial area backing on to a residential area, the area in between the two uses tends to get fuzzy," says Holt.  "This is the type of thing where we look at a successful restaurant that's very popular that wants to move forward and make permanent a design that they used during the pandemic."

He says he's heard from residents.

"It's not a lot of residents," he says.  "A lot of residents really like the lively feel of the neighbourhood and can put up with a little bit more noise. Maybe that speaks to the resident themselves. For the most part I really want to protect the residents and their enjoyment of their own personal properties." 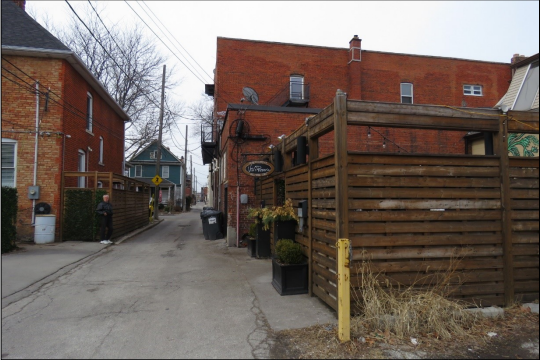 Holt adds it's important to take in the point of view from residents because these are their homes, and this is a commercial use that's backing on to their back yards.

"We have to take that very seriously because we really want the city and Walkerville itself to be an attractive place to live and we want people to actually choose to be here," he says.  "So we really have to walk that delicate line, I haven't made a decision whether or not I'm supportive of the permanent zoning change or not, it's going to take a little bit more consultations with the residents that are affected."

The restaurant has an approved occupancy of 155 people, which includes 80 people inside the restaurant and 75 people for the patios.