Phase one of the reconstruction of the E.C. Row Expressway in Windsor is shutting down for the winter.

Mayor Drew Dilkens says crews are removing the pylons and will have the expressway back to normal fairly soon for the winter months, with all lanes open in both directions.

Work on the $10-million project began in September on the westbound lanes between Howard Avenue and Dominion Boulevard.

Crews removed four layers of the original 49-year-old road and completely rebuilt it.

"People who use the expressway will see we just completed one half of expressway, those travelling westbound, and so the deal is next year, we're going to complete the eastbound portion of the expressway reconstruction," he says. "That temporary roadway that crosses over the middle will be used next year as well. 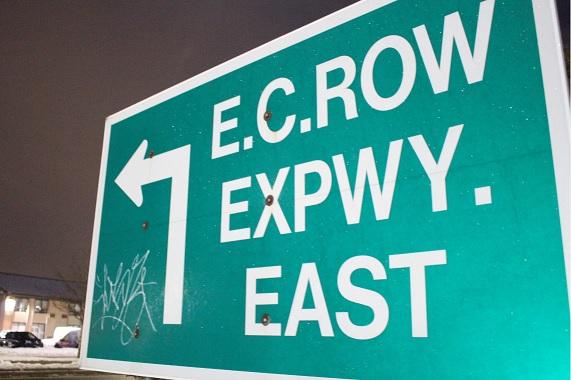 Dilkens says the next part of the work will begin in the spring.

"E.C. Row Expressway will be open with two lanes in each direction for the entire winter season, not until the spring of 2021 when we again put the pylons back up, use that centre median so that people can cross and we can undertake the construction for the eastbound side," he adds.

At peak times, roughly 75,000 vehicles use the expressway per day.

Dilkens says the work is the biggest investment in the expressway since the city took it over in 1997.

The expressway was down to one lane in each direction between Huron Church Road and Walker Road during the first phase of reconstruction.