The Windsor Police Service is seeking more information following the arrest of a city woman, along with the seizure of some drugs and two distinct firearms.

Police say the Drugs and Guns (DIGS) Unit identified a suspect, vehicle and residence in relation to an ongoing investigation.

On May 12, members of the DIGS Unit, along with members of the Emergency Services Unit (ESU), located and arrested a female suspect who police say was in possession of a quantity of illicit drugs and a conducted energy weapon. The identified vehicle was also located and seized.

A search warrant was then executed at a residence and two rifles, ammunition, and a quantity of illicit drugs were located.

The firearms (pictured below) are described as Remington 700 Ultimate ML 50 caliber rifles. Anyone with information about these firearms are encouraged to contact investigators. 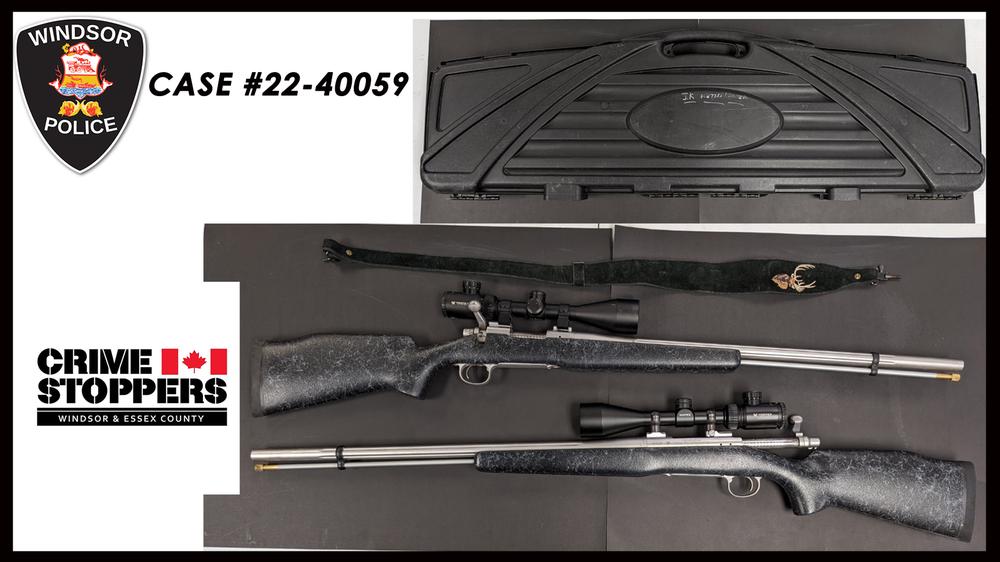 Miruna Alecu, 31, of Windsor is facing a total of 13 charges;