Public School Board Looking To Clear Up Accommodation Process

The latest report from the Greater Essex County District School Board is aimed at clearing up the accommodation review process.

Back in May, administration was recommending a review of seven central Windsor elementary schools, but Trustee Jessica Sartori wasn't happy with the information being offered and called for a report detailing the needs of every school across the entire system.

Sartori says the new 148-page report is clear and simple to understand and will act as a great tool for trustees in making future decisions.

She says any parent can pick up the document and understand it.

"It's a much more comprehensive report than the initial one. I think the organization of the report was extremely easy to follow and I think it touched on a lot of the areas that trustees were asking about in addition to the numbers aspect. The transparency of it as well, I don't think we've had that much detail out there to this extent in the past. So I think it goes toward and it shows people the areas that we're considering, the areas of concern." 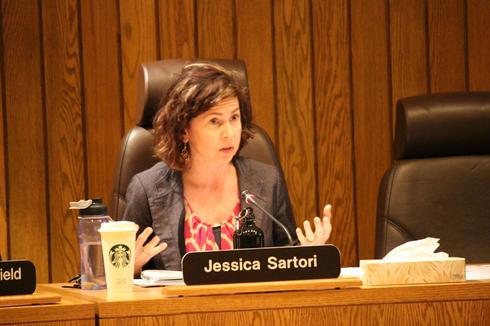 Sartori says the report shows a steady decline in enrollment over the next ten years.

"It's a trend, I believe, across the province. It's not just something that our board is facing and my concern has always been decisions that are made, good evidence based decisions, that are as best for communities as possible."

Administration is now preparing an accommodation review report to be presented to board trustees December 13.

Sartori says there's no word yet what schools will be included in that report.

The board is looking to address 6,516 empty student spaces across its 68 elementary and secondary schools.