Public School Board To Halt Events At Caboto Club

The Greater Essex County District School Board is boycotting the Caboto Club.

The decision comes after a number of other organizations cancelled events at the club due to its male only board policy.

Trustee Jessica Sartori made the motion which received unanimous support from her fellow trustees.

"Just in terms of the other Italian clubs, the Ciociaro, Fogolar and the Roma Club, they do allow for women to be full members. So I think that it's going to send a good message for both boys and girls about equality." 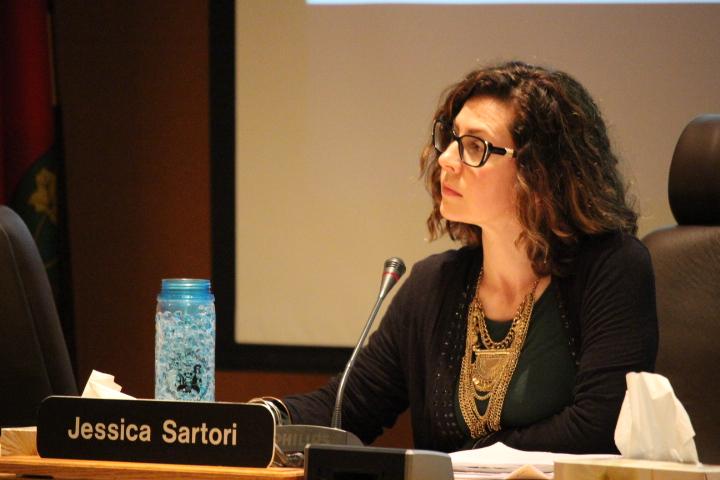 Trustee with the Greater Essex County District School Board, Jessica Sartori, attends the regular meeting of the board on April 4, 2017. (Photo by Ricardo Veneza)

Sartori says trustees stepped up and made the right decision.

"We were all united in seeing it the same way. This was about the message that we're sending and not just to students, but to staff and the board as well. I did actually hear from some staff, a couple of teachers, that they were very happy with the motion and I think we did the right thing."

She says she'll be willing to reconsider her motion if the Caboto Club makes a change.

"I'm looking forward to seeing what how the Caboto progresses over the next few months and hopefully they'll make the change that we're looking for. I've said it in other places, the Caboto is a great club. They're great people. They do great things for this community and I hope they do the right thing."

The board has several events booked at the club between now and then including graduations and proms.