The Toronto Raptors will start their season playing home games in Tampa, Fla.,.

The NBA team reports it was unable to come to an agreement with various levels of government to play at Scotiabank Arena in Toronto during the COVID-19 pandemic.

Toronto had hoped to start the 2020-21 campaign at home despite rising numbers of COVID-19 cases at home and in the United States.

But the spikes in cases, the Canadian government's restrictions around cross-border travel and the mandatory 14-day quarantine for people entering Canada proved too much for the country's only NBA team.

The Raptors join the Toronto Blue Jays, Toronto FC, the Montreal Impact and the Vancouver Whitecaps, who played most of their respective seasons south of the border. 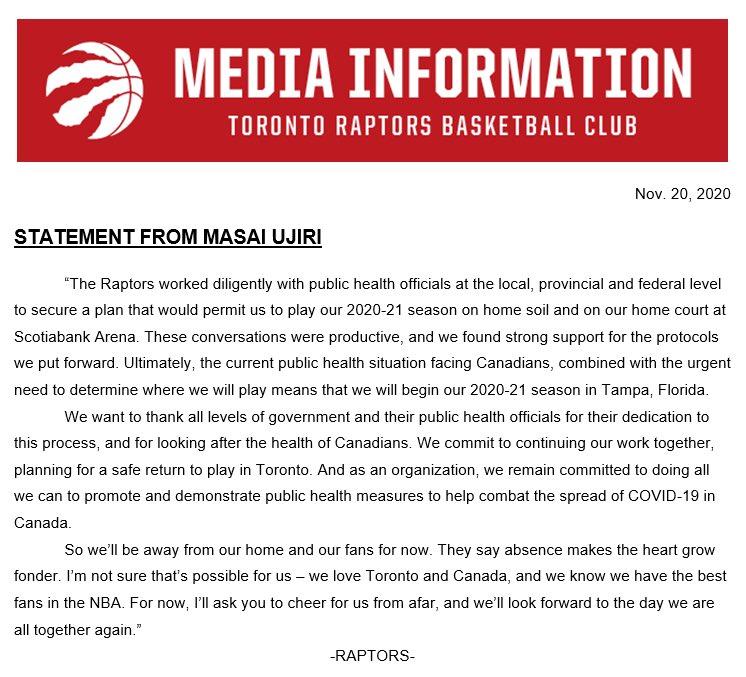 — With files from The Canadian Press