Windsor residents are hungry for information on how to deal with climate change.

It's one of the early findings from a series of information sessions on the city's Climate Change Adaptation Plan.

The second session took place Thursday morning and so far, about 50 people have provided input.

People are asked to go over the different objectives in the plan and prioritize which ones are most important.

Supervisor of Environmental Sustainability and Climate Change Karina Richters says a lot of people are looking for more education and awareness about what they can do.

Other main issues are flood mitigation and protecting the ecosystem. 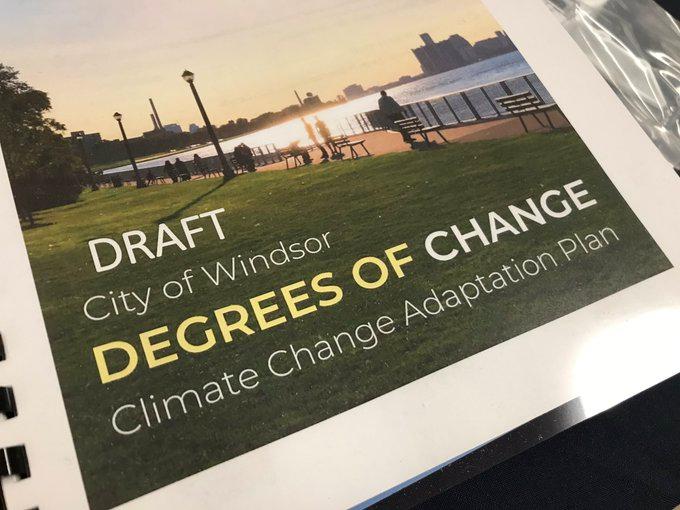 The plan was created in 2012 and was updated this year highlighting the impacts of climate change and recommendations to mitigate problems moving forward.

"I think it is awesome. People need to be educated as to what to do and how to help," she says.

"At the end of the comment period, we are going to hopefully actually bring this information back to council and say again here is where the community's priorities are, here are what the corporate's priorities are, some will probably overlap and some may be different."

The next session takes place Saturday, December 7th from 10:30am to 12pm at the Capri Pizzeria Recreation Complex.

The final session takes place on Tuesday, December 10th from 5:30pm to 7pm at the Gino Marcus centre.

The input will be part of a report to the city's standing committee in February.