One of the most notorious names from the news headlines is set to make a stop in Windsor.

Stormy Daniels will make an appearance at Higher Limits Cannabis Lounge and Cheetah's next month.

Higher Limits owner Jon Liedtke says they've been working on bringing Daniels to Windsor for quite some time.

"It's really surprising to be able to pull such a big name especially during such a big tumultuous political time right now. So we've been working toward this and we're incredibly excited to be able to offer this to the City of Windsor. This is her exclusive Canadian performances that she'll be doing."

Liedtke says, in addition to her appearance at Cheetah's, Daniels will sit down for a chat with fans.

"At Higher Limits she'll be taking part in an intimate and moderated conversation about her life, her profession. She also ran for senate. She's appeared in 'Knocked Up' and 'The 40-year-old Virgin' and other movies from Hollywood and, of course, we know right now she's embroiled in lawsuits with some very notable public figures." 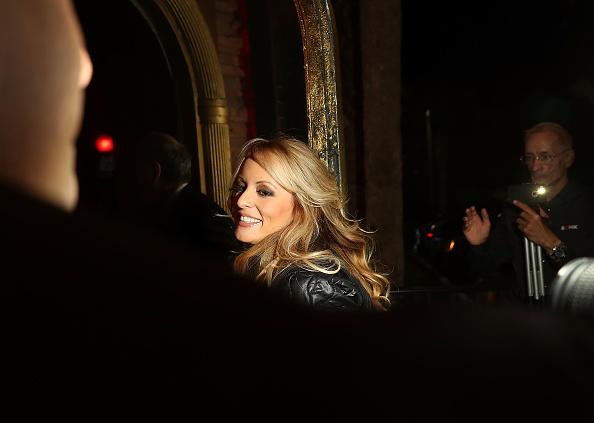 Renaldo Agostino with Katzman Enterprises says they're anticipating a big crowd from the United States as well.

"One of our big goals here was to get as many Americans to come over to see Windsor and to experience Windsor. Really, it's a tourism draw and Stormy is a big name and she's going to get the attention that we need. That's going to bring Americans back over to the border for sure."

Daniels, whose real name is Stephanie Clifford, will be at Higher Limits from 7pm to 8:30pm.