The Windsor Police Service has released more information on five suspects arrested in connection to a shooting outside a Windsor bowling alley.

19-year-old Joshua Fryer of Windsor faces five counts of attempted murder, discharge firearm, reckless to others, and occupy motor vehicle with a firearm.

21-year-old Andrew Meloche of LaSalle faces five counts of attempted murder, discharge firearm, reckless to others, and occupy motor vehicle with a firearm. He also faces a charge of breach of probation, breach of release order and two counts of breach of a weapons prohibition.

A youth, who cannot be identified under the Youth Criminal Justice Act, is facing five counts of attempted murder, occupy motor vehicle with a firearm and discharge firearm, reckless to others.

A 21-year-old Amherstburg male and a 21-year-old Windsor male have also been arrested and charged with accessory after the fact to attempted murder. Both suspects have been released with a future court date.

Police have also seized several vehicles as part of the investigation. 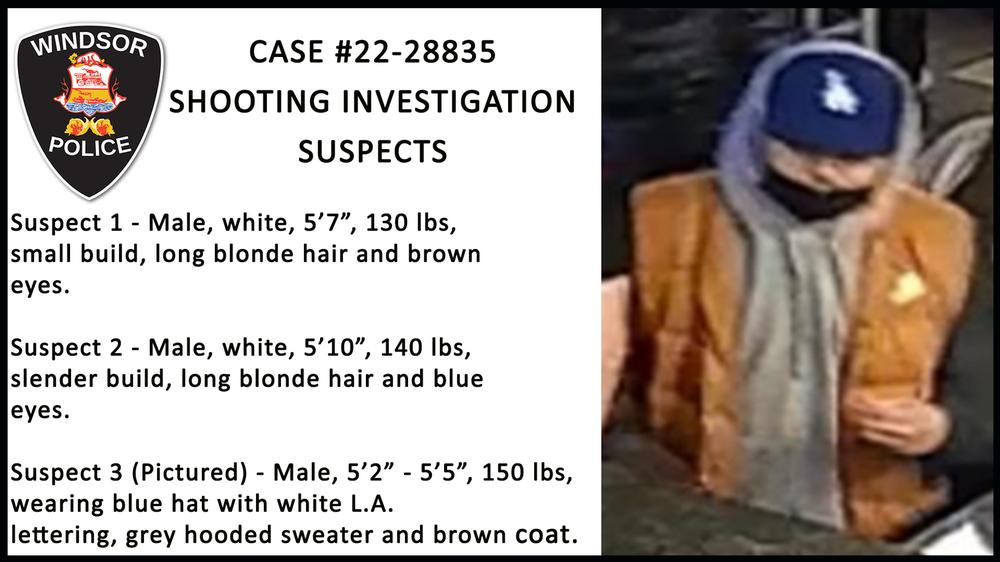 Another suspect remains outstanding and investigators are seeking any information in relation to his identity or whereabouts. Police say once identified, this male will be facing several charges, including five counts of attempted murder.

The suspect is described as a Hispanic male, 5'2 - 5'5 and 150 lbs. Police say he was wearing a yellow-brown coat with black sleeves, a grey hooded sweatshirt underneath, with a blue hat that had the white L.A. letters of the Los Angeles Dodgers baseball team.

The suspect is considered armed and dangerous. Do not approach and call 9-1-1 if seen.

The firearm remains outstanding and investigators are seeking any information that may assist in locating it.

Due to investigative purposes, Superintendent Jason Crowley would not say which of the suspects investigators believe fired the gun.

The circumstances which resulted in the shooting remain under investigation and Crowley told a Tuesday new conference that some of the victims are not co-operating with investigators.

Police say there is no indication the shooting is gang related. 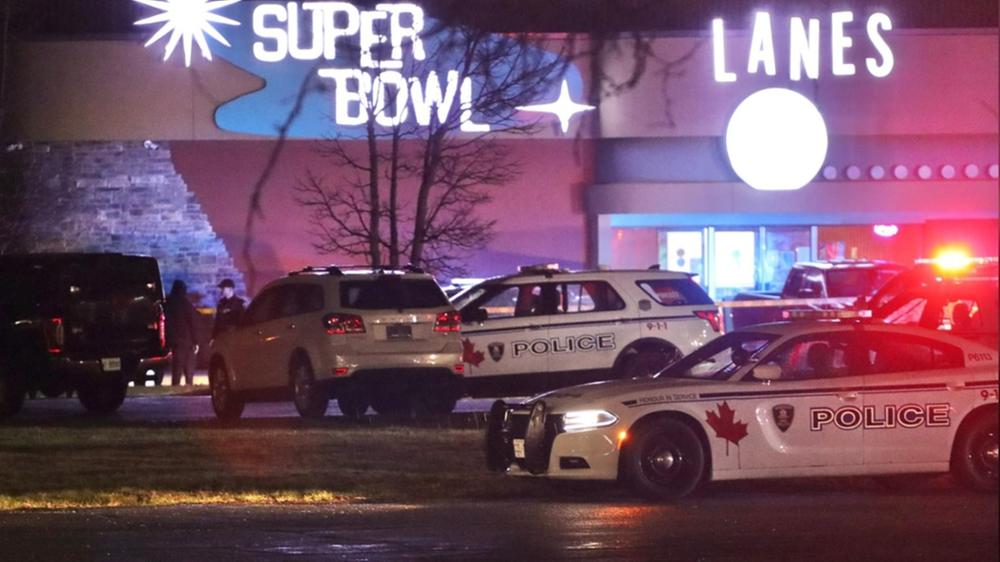 At 1 a.m. on Saturday, April 9, police responded to Super Bowl Lanes in the 10000 block of Tecumseh Road East at Forest Glade Drive for a calls about a large group of people fighting, with reports that shots had been fired.

It is believed there were approximately 20 - 25 people in the area when the shots were fired, with five men suffering non-life threatening gun shot wounds.

All five victims have been treated and released from hospital.

For victims, witnesses and families affected by the incident that may require further support or assistance, please contact: