Time Running Out for Vander Doelen to Comply with Integrity Commissioner

Time is running out for a member of Essex Town Council to comply with a ruling handed down by the integrity commissioner. 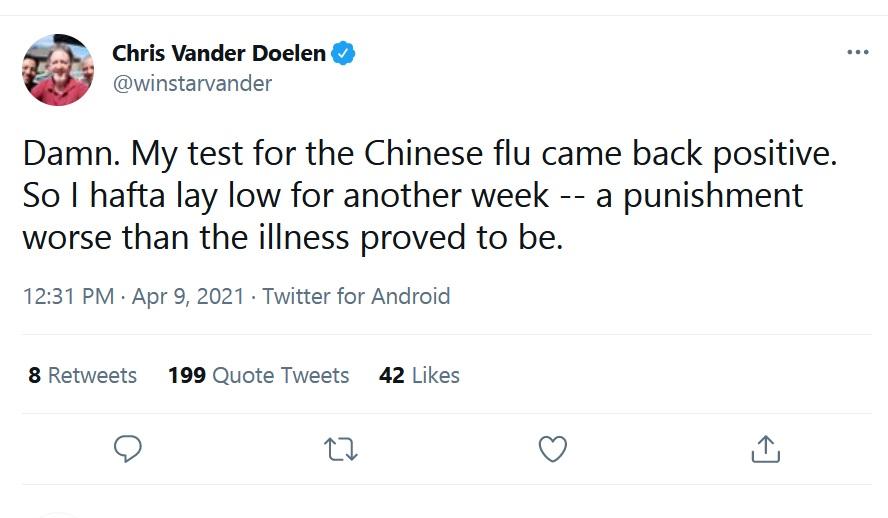 He also tweeted COVID stood for "Chinese Origins Virus", but that tweet has since been deleted.

Integrity Commissioner Robert Swayze says both tweets caused a stir among residents with many finding them offensive and racist.

He ruled the comments violated the town's code of conduct and council voted to enforce recommendations that Vander Doelen remove the tweets, issue a formal apology and take part in diversity training on May 18.

Swayze gave Vander Doelen until July 19 to comply or his pay would be suspended for 60 days.

Following the ruling, Vander Doelen said he did nothing wrong and he would not be apologizing.

On Friday, Swayze told AM800 News that the councillor has not complied with any of his recommendations, "to the best of his knowledge."

Swayze says Vander Doelen must comply by Monday or his punishment will go into effect. 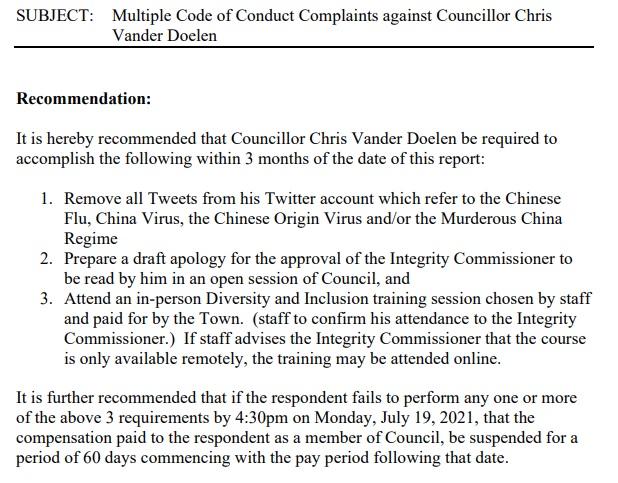