The Town of Essex has officially acquired the former Harrow District High School property located at 45 Wellington Street in Harrow, and officials are excited about the future possibilities.

Mayor Larry Snively and members of council were on hand Friday morning for the announcement in the field connecting to Pollard Park.

Snively says they bought it for healthy living and recreational opportunities, and with the local population growing green space was needed.

"With everything that's going on right now, if everything goes through, we're probably looking at about 800 new homes in the Colchester and Harrow area. So we need parkland, it's much much needed. Like I said it promotes healthy living and it's just a great place to bring the family."

Even before officially closing the deal Friday morning, Snively says they received a lot of positive feedback just from the initial announcement that the Town would be purchasing the property.

In terms of the former high school building itself, there are no immediate plans for it nor a timeline of what might be done with it. 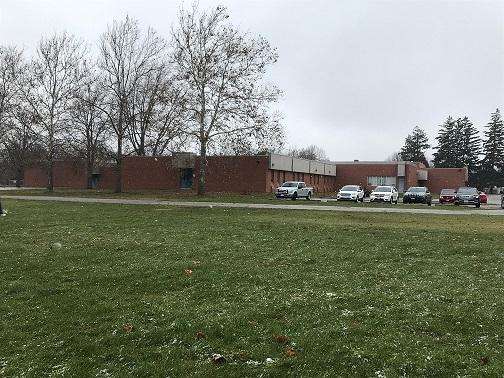 Snively says council is looking at potentially having someone go through the building to assess what's wrong and what it needs.

"Council would decide at that time what they're going to do," he continued. "We all know where I stand on that issue, I'm not going to ask the ratepayers to put money into the building when we need money for infrastructure."

Snively says he thinks the building should be sold to a private developer, but ultimately council will decide its future when the time comes.

The town has set aside $60,000 in its budget to hire a consultant to study the building's condition.

The final cost of the acquisition between the Town of Essex and the the Greater Essex County District School Board came in at $845,900.