"The bottom line is that we're in good shape."

That's the response from Unifor National President, Jerry Dias when it comes to the auto sector component in a new trade deal between the United States, Mexico and Canada.

The new deal is designed to replace the North American Free Trade Agreement and will be called the the "United States-Mexico-Canada Agreement" --- or U-S-M-C-A.

Unifor National President Jerry Dias was in Ottawa on Sunday and Monday to receive an update on the deal from Canadian negotiators. He told AM800's 'The Morning Drive'  that "the {Canadian} auto sector is in better shape than it has been in the past 25 years"

"If you combine the moves made with Mexico as it relates to raising the wages of Mexican workers and increase of content of North American labour into a car in order for make it tariff free. Frankly, the deal we have with the United States, we are, I would argue, in better shape than we have been in the past 25 years," says Dias.

He says there's not going to be any trade deal that's absolutely perfect. 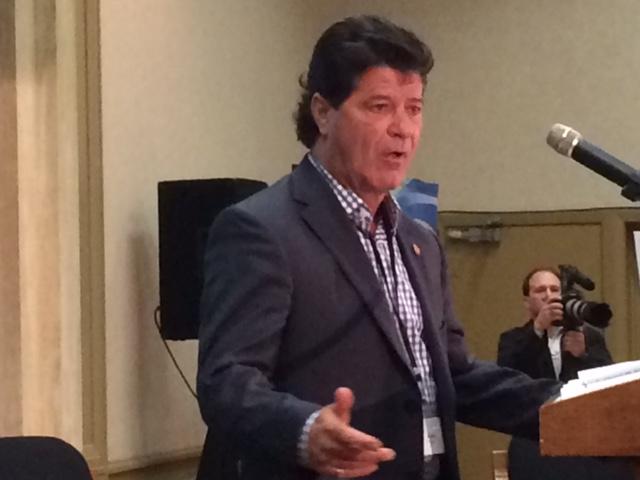 Officials says the deal will exempt tariffs on 2.6 million cars.

"This isn't a question that your first instinct is that all the jobs are going to go to Mexico," he says. "There's been a lot of changes to rules of origin and, frankly, free collective bargaining in Mexico. The challenges are going to be for everyone to understand that we are the chosen place to put investment in the auto industry.