The United Way of Windsor-Essex County is expecting fewer donations after the elimination of the third shift at the Windsor Assembly Plant.

Fiat Chrysler Automobiles announced on February 27 that the third shift at the plant will end on June 29, impacting 1,500 jobs at the assembly plant.

Unifor Local 444 members have donated millions of dollars to the United Way over the years, according to Vice President of Finance and Operations, Andy Bothamley.

He says donations were already down after FCA slowed production in 2019.

"Although the third shift wasn't gone, there was a lot of down time last year and that has an impact on the amount of money that we collect," said Bothamley. "If employees aren't working, then they're not donating to United Way."

He says the programs getting funding next year, through to March 31, 2021 already know what they are getting and the United Way stands by those commitments.

"We don't know exactly what that's going to look like for this next year, it's too early for us to tell," said Bothamley. "Partly because of the timing around when those employees won't be around. 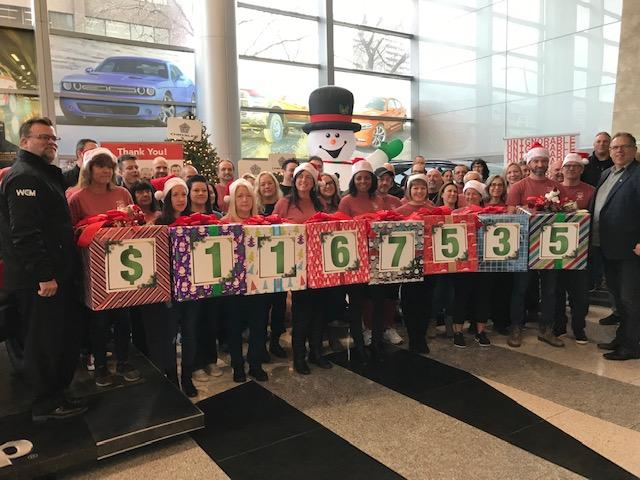 The elimination of the third shift was originally announced in March of 2019, with the plan calling for it to end in September 2019, but the planned closure date was changed a number of times while FCA reviewed the business case for maintaining the third shift.

Bothamley is hopeful workers get another reprieve.

"As we've seen, that could still be subject to change. It's been continuously volatile," he added.

Bothamley says workers at Windsor Assembly donate more than $1-million to the United Way every year.

In December 2019, FCA Canada workers announced a $1.16-million donation to the United Way, marking the 34 year that local workers have donated more than a million dollars to the fundraiser.