The University of Windsor unveiled a statue of trailblazing abolitionist and newspaper publisher Mary Ann Shadd (Cary) on Thursday.

Shadd is described as one of the most fascinating historic figures to have ever called Windsor home.

The statue, conceived and sculpted by Windsor artist Donna Mayne, will be a focal point of the University's downtown campus.

It stands in the greenspace at the corner of Chatham Street and Ferry Street, on the grounds of Windsor Hall.

On top of Mayne other notables who attended the unveiling ceremony include, Willow Key, a UWindsor student in the Master of Arts in History program; Irene Moore Davis, a Shadd family descendant and president of the Essex County Black Historical Research Society; and Shannon Prince, curator of the Buxton Historic Site and also a Shadd family descendant. 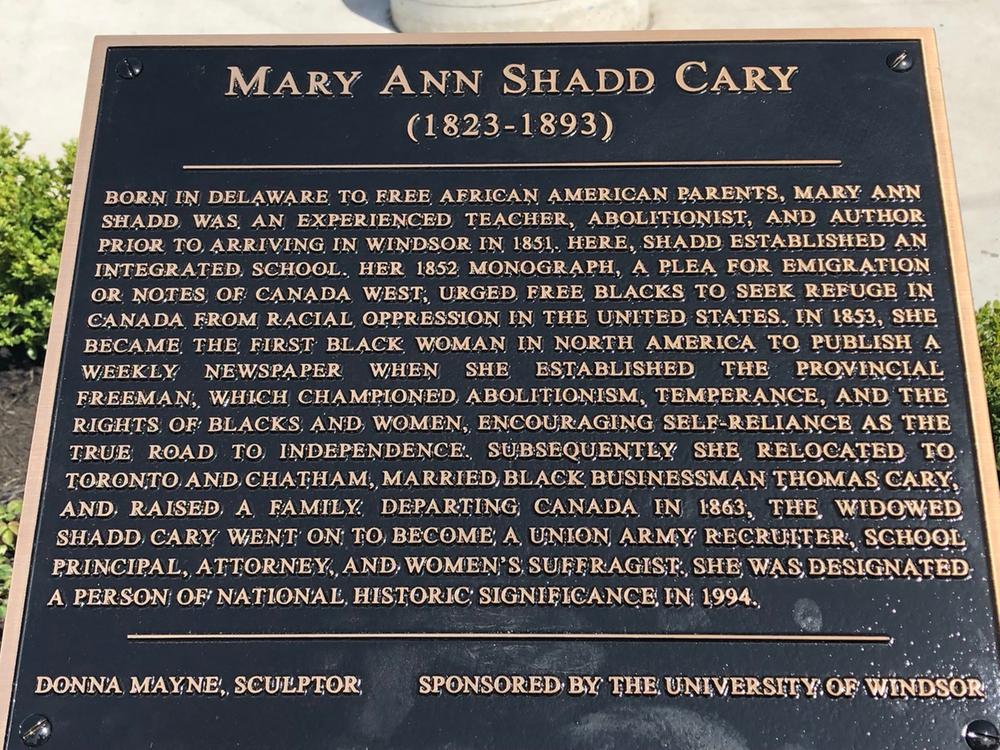 Mayne says she was inspired to do the project when he was painting murals about 20 years ago.

"When I learned her story, I thought who can't help but be more inspired by her and I always felt she deserved more recognition so when I began sculpting, I thought this would be a great opportunity."

She says the process for building the statue started back in 2017.

"I did research, got a small grant from the Arts Council to do a clay bust and research," Mayne continued. "I met some of her descendants, took measurements finally shopped it around and the university said they were interested in it and commissioned it and here we are."

One of those descendants, Vernon Shadd from Southfield, Michigan, says they're all extremely proud and excited to see this come to fruition.

"It's great, we get recognition of somebody in our family, somebody in the Canadian history that contributed so much to help fugitive slaves and everyone else to try and better themselves. It's great she's getting that kind of recognition, you know we need that," Shadd said.

Shadd Cary was a teacher and prominent activist in Underground Railroad communities.

Back in 1853 she published the first edition of 'The Provincial Freeman', a newspaper that advocated equality, integration and self-reliance for Black people in Canada and the United States.

Shadd Cary was the first woman in Canada, and the first Black woman in North America, to establish a newspaper.